What can prompt a stable, sane, culinary adventurer such as myself (stop snickering!) to do this?

The third delivery in a row from the CSA of this:

I love corn on the cob.  Let’s face it, I’m American; I love corn.  And we’ve been having great fun firing up the grill and grilling all the things.  But there are three of us.  That’s nine ears of corn.  Even if we have friends over, we get five, maybe seven people.  Zucchini overload I expected.  Cucumber overload I was prepared for.  People, we are drowning in corn.

So I did the logical thing.  I decided to get my vengeance and drown the corn back.  Which, as all good plots involving vengeance do, started with bacon. 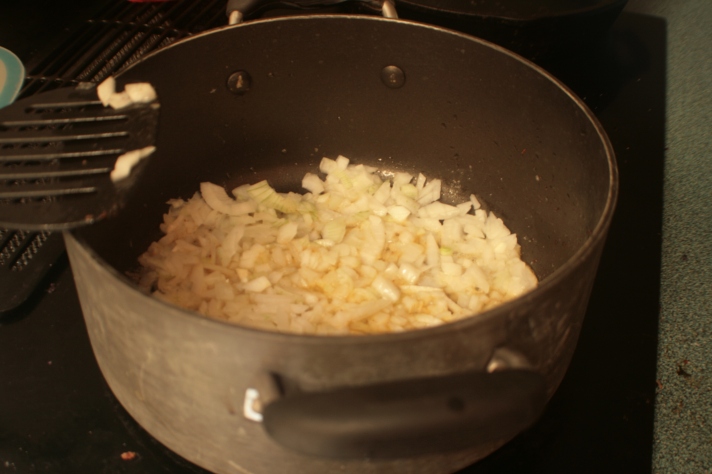 Once the bacon was cooked I scooped it out of the pot, added some butter, then tossed in half a chopped onion.  The onion is from the CSA, too.  We’ve been getting those slightly faster than we use them, but onion overload worries me less.  Onions keep.  Onion goes in everything.  The corn, though.  Oh man, the corn. 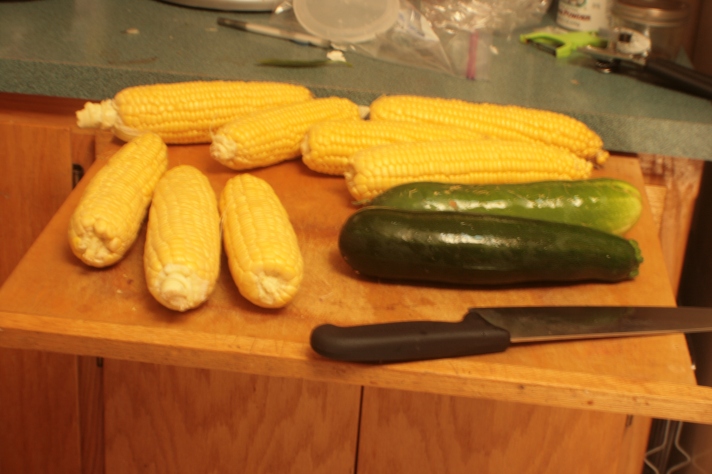 The recipe I was using said it wanted four cups of corn, which I would get form nine ears of corn.  It also gave me the option of using 1-2 zucchini   You’d better believe I opted to use two.

Also, don’t trust recipes from your CSA.  Corn from nine ears gives you something more like a million cups of corn.  This is what I had left after I couldn’t fit anymore corn in the pot.

This was the stage where I started tinkering.  I already knew the recipe came from fantasy land, so after adding the milk/cream combo I use instead of the called-for half and half, I poured in a bunch of Frank’s Red Hot sauce.  Because that would be better.  I did not pour in enough, though.  That is a huge pot of soup.  Doctoring individual bowls after the fact is highly recommended because mmmm, spicy chowder.

Garnished with the suggested basil, which I can do, because we’re also drowning in basil.  I’m not complaining about that, though.  Mmm, basil.

It was tasty.  And, better still, freezable.  I’m going to be really pleased with this some time around February.