Last week I snapped a bit and took counter measures.  I’ve mentioned before that making bread is nice as a productivity enforcement tool.  I’d unburied myself enough that I decided I was going to leave the house that evening for recreational purposes, and I was going to bring baked goods.  And since the fridge was full of herbs from Foy (the Aerogarden, in case you’ve lost track of the very small cast of characters on this blog), I figured this was a good chance to use those.

And so it was that I stumbled across recipes for savory monkey bread.  Usually you season the butter with cinnamon and sugar, but people were doing all kinds of things.  Perfect!  And then I stopped looking at recipes, because I’ve got a bread recipe I like a lot and I can make it from memory at this point.

I followed that recipe all the way through the first rise, so I had a beautiful ball of dough that looked like this.  When it was nearing the end of its rising time, I pulled out the pile of herbs I was going to use. 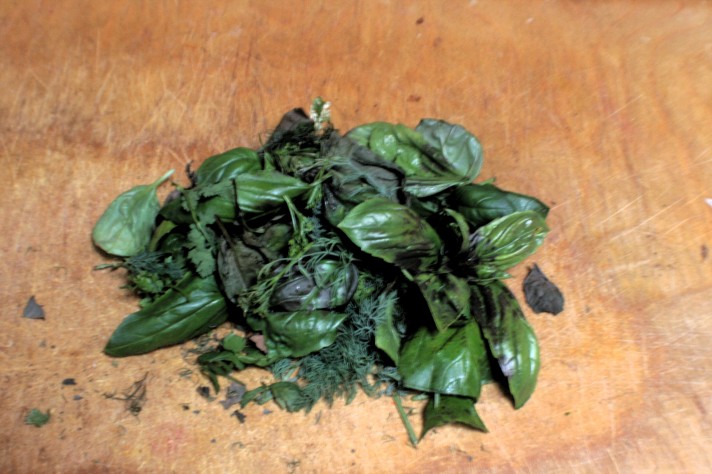 And turned it into a pile of chopped herbs for me to use. 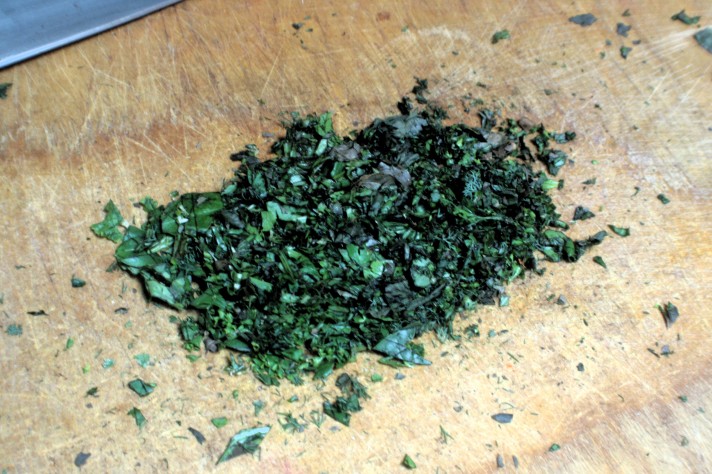 I chopped these up pretty thoroughly since I wanted to be able to spread them throughout the bread and get an even distribution.  When I’m just rolling the herbs into a regular loaf, I don’t bother. 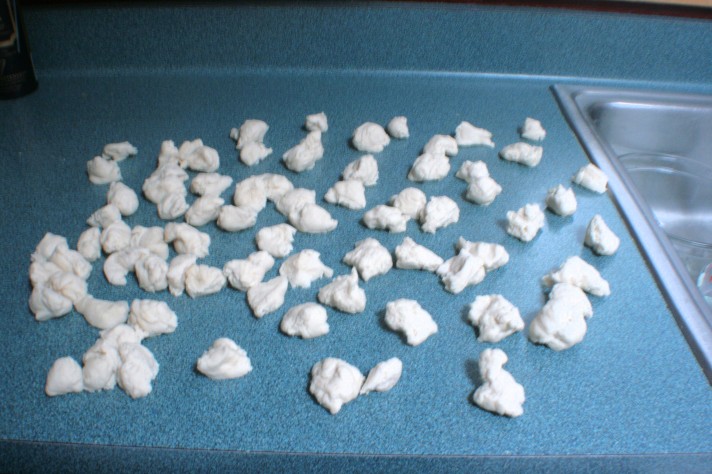 I started breaking away from the standard recipe after the first rise was complete.  Instead of rolling out the dough, then shaping it into a loaf, I tore it into little balls.  The traditional monkey break recipe starts with canned biscuit dough and this step, so if you’re not a bread-from-scratch creature, that’s ok.  This is monkey bread – nobody is going to judge you for style.

The trickiest part, honestly, is just arranging the dough into the bunt pan.  I strongly recommend putting a baking sheet under the pan before you do this, then drizzling the butter and sprinkling the herbs as you layer.  I did none of these things, so believe me when I assure you that you don’t want to follow in my footsteps on this particular front.

For this I melted a whole stick of unsalted butter in a bowl, then whisked in the herbs and a generous portion of salt.  I wish I’d had big, flaky kosher salt, or coarser grained sea salt, but I did not, so fine grains it was.  You can probably imagine, based on this photo, why I suggest drizzling as you pile the dough – the butter ran through, but it didn’t take the herbs with it, so they all hung out on top rather than getting incorporated throughout the loaf.

I put it in the oven at the same temperature and for the same amount of time called for in the original recipe.  It turned out lovely.  And tasty.  I’d meant to share it with the roommies when I returned home from the social event but, well, none of it survived that long.  I’ll probably make it again for them the next time the herb accumulation gets intense.