So you’re thinking about self defense classes… 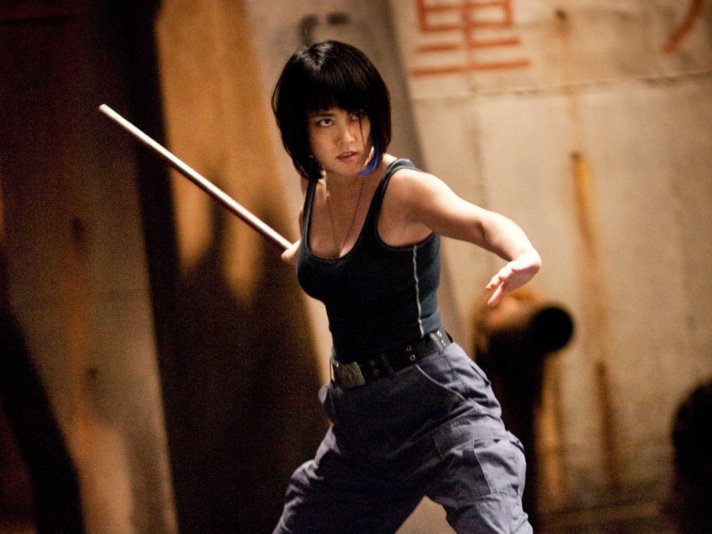 (I have a lot of friends contemplating this. The following is targeted to them, not the world as a whole.)

Cool.  Go for it.  Now, let me deliver some advice about the best way to do it.

First of all, decide whether you want a one-and-done kind of thing, or something you’ll be committing to for the intermediate-long term.  If you’re looking for a one-and-done, skip the weekend seminars and rape-defense training.  Instead, get a shooting lessons package and go to a gun range.  Here’s why:

But do it in a way that’s going to be helpful, rather than harmful.  You’ll get no lasting effective skill from a weekend, whatever you do.  But a lot of the traditional self-defense weekend style trainings, or one-off classes are either:

A) advertisement for a school where you can take more classes
B) Designed to make you feel like an imminent victim, often of implausible or low-probability threats or
C) Going to give you false confidence.

They could do multiple of those.  A is actually a great use of these kinds of seminars (go to lots if you’re shopping for a longer-term commitment), but B and C are dangerous.  C could get you killed.  Not recommended.

A weekend at the gun range, however, means you’re going to have actually handled a gun.  Guns aren’t nearly as scary as a lot of you think they are.  The biggest intrinsic problem with casual gun placement is that they lower the threshold for deadly force to one a toddler can cross.  You are more effective than a toddler.  I promise.  Play with some guns.  Get a feel for their weight, recoil, how they smell.  Take them out of the realm of only-in-movies and only-in-disaster and into the realm of yeah-I’ve-done-that.  You’re unlikely to walk away from a weekend at the range thinking you’re Rambo.  You are pretty likely to be less prone to a freezing panic if you face one later.

And the freezing panic is the thing you actually need to deal with.  It doesn’t matter how black your belt is, or how many heavy-weight titles whatever you have, reflexes are contextual.  If something happens to you, and you fall into “I’m being assaulted,” mode instead of, “I’m a badass,” mode, it doesn’t matter whether or not you’re a badass.  And realistically, you won’t know which mode you’re going to fall into until it happens.  It might not happen the same way every time.  Humans are complex, brains are weird, and it’s probably your muscle memory and extended nervous system that’ll be making all the decisions anyway.  You can tilt your probable response away from panic and toward badass reflexes, but it’s not a guarantee.  The more you practice, the longer you spend reinforcing habits, the more you shift the needle.

Which leads me to my advice for anybody looking at an intermediate to long-term commitment: It doesn’t matter which martial art you do, which school you go to, or what your instructor looks like.  Go somewhere you feel safe, comfortable, invested, and welcome.  Take kickboxing, if you must.  (I did just say that.  And you know what I think of kickboxing.)  It doesn’t matter.  Because if you’re in a fight where your skills at physical confrontation matter, you’ve already lost three layers deep.  Practical skill is handy for the narrow range of circumstances where you took the wrong fork several times.  What you actually need is the ability to keep your head, and then deescalate the situation or get the hell elsewhere.  Actually being able to kick somebody’s ass is incidental to the vast majority of confrontations.  Learning practical fighting skills is only worthwhile for sport, for ego, or if you’re going to be picking a fight (as police, military, armed resistance, or street thuggery, etc.).  Are you planning to engage in the latter?  Then talk to me somewhere the NSA won’t overhear, or find a school teaching Krav Maga.

Look at who the school’s instructors are.  Do you like them?  Good.  Not? Bad.  Doesn’t matter why.  Doesn’t matter if it’s a *real* reason or just a *feeling.*  This can be extra important for people who aren’t het-cis-males.  It’s really common, especially for women, to have to push back against a tendency to corral you into anti-rape training instead of general purpose kick-assery.  Usually the people doing the corralling are well-intentioned.  They’re still assholes.  Don’t put up with it.  Or better yet, don’t sign up somewhere it’s going to happen.  Absence of women among the students is, for you, probably a bad sign.  If all the women are the significant others of high ranking students and instructors, also a bad sign.  (You’ll note, I tend to hang out in places with exactly those problems.  My motives are not yours.  Don’t follow my examples for yourself.)

I’m skeptical of anywhere that will start you on serious knife training out the door.  This is prone to the false-confidence-fail mentioned earlier.  Just about anything you do, (excluding sword/fencing, archery, or similar) should start by focusing on how to throw a good punch.  There’s a lot you can do wrong in throwing a punch.  Getting that right will give you a foundation for everything else you need to learn.  If they gloss over this, and it’s not because you’re already good at punching, be skeptical.

If all of the students are injured, that’s a warning sign.  Depending on what they’re teaching, baseline level of injury shifts around.  You probably aren’t interested in something where the baseline is more than 0.

And my final piece of advice: Stick weapons are fun.  Like, super fun.  Also, if you’re uncoordinated, or lacking in the kinesthesia and proprioception departments (Hi!), they’re really good at giving you unambiguous feedback about what you’ve done wrong.  Most people start stick weapons with foam covered practice weapons or very light rattan or bamboo ones.  (I know I’ve led you wrong with my collection. Your motives still aren’t mine.)  Go for the fun things.  As with any physical activity, it’s probably going to hurt one way or another.  Make it earn that.  Make it something that makes you feel better.