Wednesday’s was a day colored heavily by the failure of my “socially appropriate” filter.  Oh well.

Over breakfast, (I had a disappointingly mediocre crepe, John had biscuits and gravy which he seemed to like.  Cafe Conti does not get a recommendation) John and I finally sat down to form a plan for the week.  I grabbed a stack of brochures from the lobby and we sorted out what we were interested in doing.  Tour-wise we booked a “ghost tour” that featured walking through the French Quarter’s cemetery, and a visit to the voodoo temple.  Neither of us cared much about the voodoo parts, but we wanted a guide to tell us the interesting bits of the cemetery and this was the only tour that didn’t promise vampires and hauntings.

Our tour guide was genuinely enthusiastic and fairly snarky.  Perfect!  A local lady and a friend of hers visiting from Chicago were the only other people on the tour.  “Don’t call me on it of you catch me lying,” the tour guide said to the local lady.  “Feel free to share if you’ve got a better lie,” I said.

The tour guide handled it really well when John and I thwarted one of his stops by talking about the glass we’d noticed cemented into the tops of walls earlier.  “It’s kinda pretty.  I wonder if Don would let me do that to our windows,” I said.

“Why would you do that to your windows?” John asked.

“To prepare of the zombie apocalypse.”

The graveyard was cool.  Definitely visit it with a tour – there are no plaques to explain the cool stuff to you.  My favorite part was this: 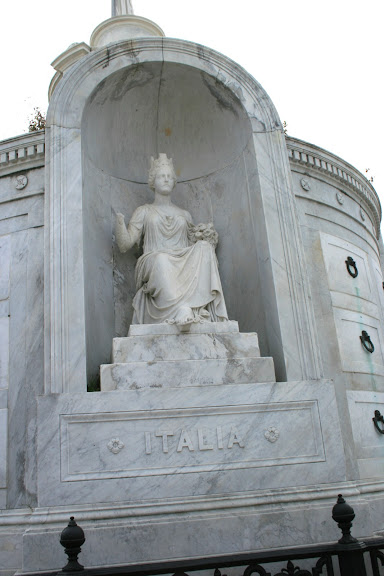 For some reason this statue screams Titus Andronicus to me.  It seems appropriate.

After the graveyard, we walked over to the visitor’s center for a water break and to rest our feet.  Then, after checking to make sure nobody was an ophidiaphobe, he took us to the voodoo temple.

At no point in or near the temple did I call bullshit on anything.  I’m saying this up front so everybody can relax.  Also, I want a cookie for good behavior.

At the beginning of the tour, our tour guide warned us that we might only meet the priestess in passing, or she might decide to talk to us for a while.  If she didn’t decide to talk to us, we should be prepared for her to talk in circles.  “You might think she got lost in the conversation  but she knows where she’s going.  It always ties back,” he advised us.  In other words, the voodoo priestess has confused obfuscation for spirituality.  Not the first, but noted, and thanks for the warning. (Remember: I behaved)

The priestess took us into the temple, sat us down, and started rambling about how spoiled people are for expecting the electricity to work.  Did you know that there was once a time when people didn’t have electricity?  I was shocked to hear it.  Then she started demanding that people ask her questions.  All four of us demurred.  I was hoping that if nobody asked we’d get out of there before I’d do something John would feel like he had to apologize for.  The priestess started suggesting topics people might want to ask her about.

“Maybe somebody is wanting to know about a man?  About their marriage prospects?” She looked around the room, then settled on me.  And kept waiting for me to ask her.

“Oh, she just wants to be responsible for herself.”  She was dismissing this, which I’ll admit, I found rather insulting.

And then she did this thing other women and older people do when they think they’re being wise and really they’re just being assholes.  “Well, you’re young.  A girl reaches a certain age, her biological clock starts ticking and then…”

“I took a hammer to my biological clock.”

The tour guide a the back of them room just about lost it.  It’s possible he was still reeling from hearing about the zombie apocalypse.

“You what?  How?” asked the priestess.

“I’ve never heard of that before.  A hammer to your biological clock.”

This was not misbehavior.  I’m still waiting for that cookie. 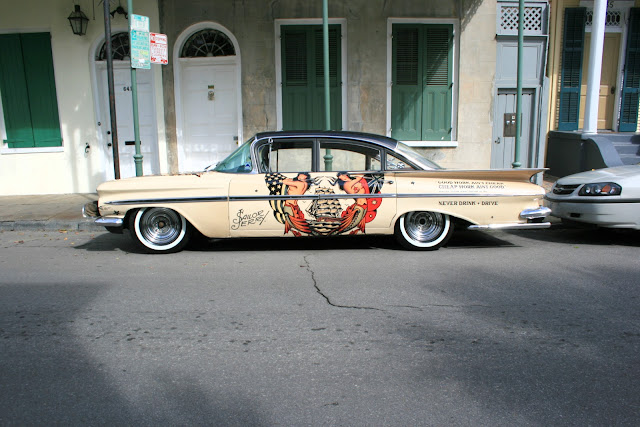 Before parting ways with our guide, I extracted restaurant recommendations from him.  Then John and I spent the rest of the afternoon tracking down the French Quarter restaurants he’d suggested (he’d claimed two of the places were on Chartres.  They were actually on Decatur)  and exploring the French Market.  When dinner time rolled around, we opted for something fairly light.  Breakfast had been a formality; we were still full from Muriel’s.  John and I, we discovered, suck at eating.

For our light dinner, we decided to check out the New Orleans sushi scene.  The Lonely Planet guidebook only mentioned that sushi was available in New Orleans, it didn’t recommend any places.  This was a mistake.  The only place I’ve had sushi that good was Seattle.  It was fabulous, and the waiter was so friendly and enthusiastic he almost talked us into dessert even though we were full and planned to get beignets later.

After dinner, John and I grabbed our laptops, went to Jackson square, and settled down to, finally, commit acts of fiction.  I got a little high on people still being out in the streets, just wandering around and enjoying themselves.  After a while we stopped into the 24/7 cafe tucked between the square and the river and I introduced John to the sugared-dough beauty that is the beignet.  Then we fictioned until it got positively chilly, and walked back to the hotel. 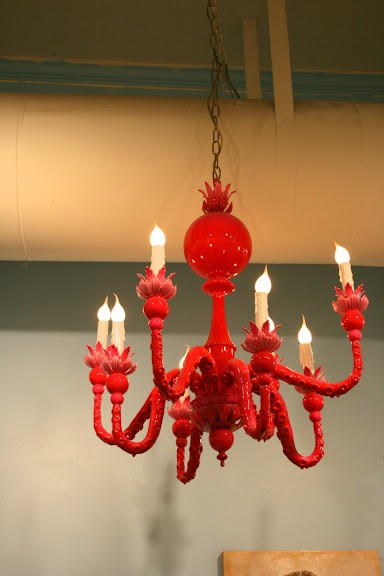 To be continued, with more pictures of food.