New Orleans Part 3: Where the Swamp Things Are

Thursday could be described as “Project get out of the French Quarter” day.  We had a swamp tour scheduled, and dinner reservations at the Upperline restaurant in the Garden District.  But first, we needed sustenance, and that meant hitting up one of the restaurant recommendations we got from Wednesday’s tour guide. 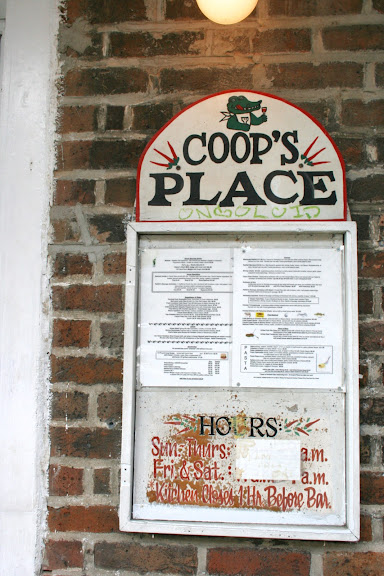 “It’s a bit of a dive,” the tour guide said, hesitating in his recommendation.

“Then definitely go to Coop’s.”  He was right.  When John and I tracked the place down on Wednesday, we knew we’d found the right place immediately.  We knew, because the smell of the food wafted out the door, then mugged us, dragged us around back, and turned us into whimpering, famished things.  If we hadn’t still been in an agony of over-eating from Muriel’s, we’d never have resisted.  As it was, we beelined there for pre-swamp lunch.

The jambalaya was the recommended dish, though most of the menu looked ravishingly good.  And it smelled so good in there I contemplated eating the table.  John ordered the jambalaya (supreme or extreme or something like that.)  Then I violated every rule I hold sacred about restaurant eating, and ordered the exact same thing.  Can you blame me?  Look at it. 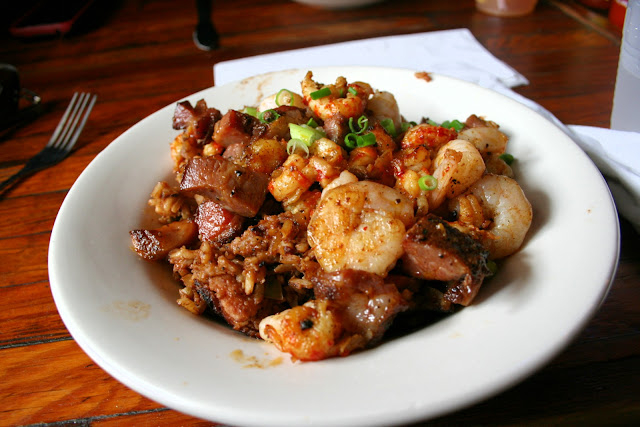 This is an unholy concoction featuring not just rabbit, shrimp and andouille, but crawdads and tasso, too.  It was pleasantly spicy, tender, filling, and best of all, correctly portioned.  We cleared our plates without agony, and walked away feeling sated, but like there was hope of dinner consumption later.  This may very well have been my favorite meal for the whole trip.  I’d go back to New Orleans just to eat this again.  And, you know, maybe try some of the other stuff on their menu.

We got back to the hotel just in time to wait outside for our hotel pickup to the swamp.  After a few minutes I started reflecting on the last time John and I were waiting for a hotel pick-up for a tour, i.e. the horse riding tour in Iceland.  John didn’t really remember, so I decided to pass the time waiting for our pick up by regaling him with the tale of prior disaster.  I’m not sure why he thinks I’m a good travel companion.  Our pick-up arrived with minor incident (he got the hotel wrong, but we had that straightened out through the magic of cell phones well before the close of the pick-up window) and we were off.

“We’re going East.  Most people don’t realize how big New Orleans is to the east.  From here on out, everything you see, it was under water.”  We’d done it.  We’d entered Katrina Tourism Territory.

“When we get to the high point on that bridge, I want you to look around.  Everything you  see; it was under water.”

“That is the 9th ward, where you saw people getting rescued off their rooftops.  You can see the patches in the roofs where they cut through so they could be rescued.  They were under water.”

“That empty lot over there.  That used to be a Wal-Mart.  It was destroyed.  By the water.”  It’s possible a let go a silent cheer for Katrina on that one.

Finally we got to the point where our driver announced, “Here we are, fifteen miles inland from lake Pontchartrain.  This part didn’t flood.”  We’d entered a realm of blue herons, magnolia trees and Spanish moss.  A backwater bayou reported in pop culture to house rednecks with unsavory predilections for shotguns, swamp witches prone to cannibalism, and alligators ready to devour you in a moment.  We had arrived at…wait for it…THE HONEY ISLAND SWAMP. 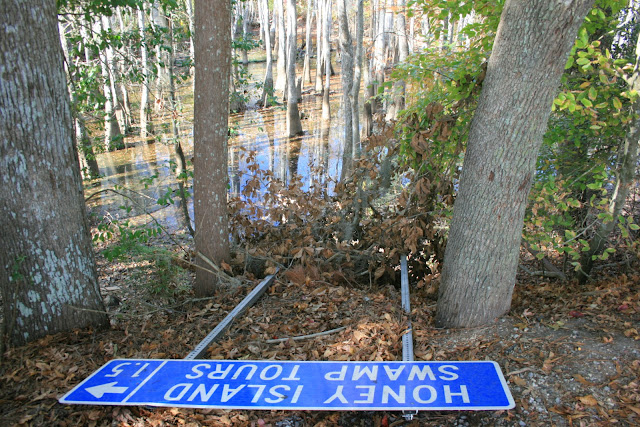 Okay, so the swamp was mostly pretty, and it’s possible I took about 300 pictures in two hours.  I’m just going to scatter photos of the swamp tour through the rest of this entry because after that, I had picture fatigue and did not document the rest of the day.

We did not get to see any alligators.  It was too chilly and they’d gone for hibernation.  We did see lots of birds, and lots of turtles, and one nutria – an invasive animal the state is trying so hard to get rid of that they’ve put out a bounty, and at one point tried to spark a trend in wearing nutria fur. 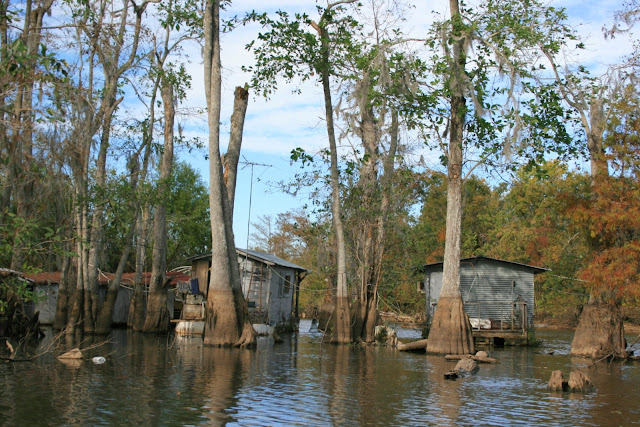 Our tour guide tried really hard to find a gator for us, threatening at one point to turn the trip into a “three hour tour” and thereby inflicting a horrible ear worm on me.  He knew his ecology, rambled on about evolutionary niches without saying any of the stupid things I’ve heard similar tour guides say, and was really good about stopping the boat to avoid disturbing wildlife people wanted pictures of.  He also included just enough local color that I really felt like we got a sense of the community. 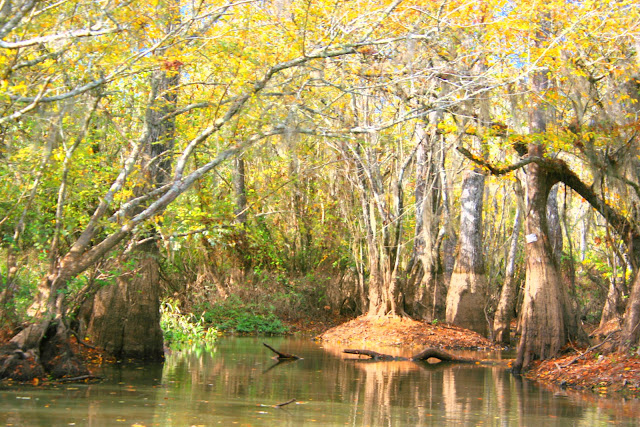 “Hey Chuck.  Living the dream?” our guide asked one of the other tour guides on the river – also desperately looking for alligators and failing.

“Maybe if this were a jug of moonshine,” Chuck replied, gesturing at his gallon of water.

“That’s what he told his Daddy when he dropped out of medical school to start a swamp tour company.  He was living the dream.  I guess he’s happy,” our guide explained as the boat pulled away.

I don’t really know him, but I kinda like Chuck.  (I made up his name.  I do not remember what it was.) 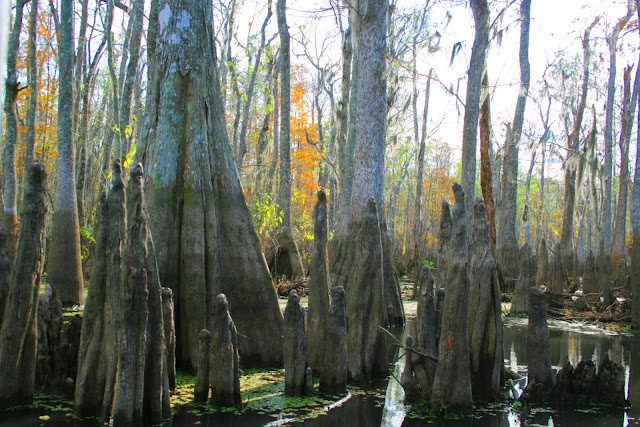 Dinner was another three course Prix Fixe menu, this time at the Upperline restaurant, located on Upperline street.  That involved our first transit by streetcar (so quaint!  So very stuck in traffic).  We were a touch early, but there wasn’t much on Upperline that looked interested to wander through, so we went in early.  The place filled up quickly after that. 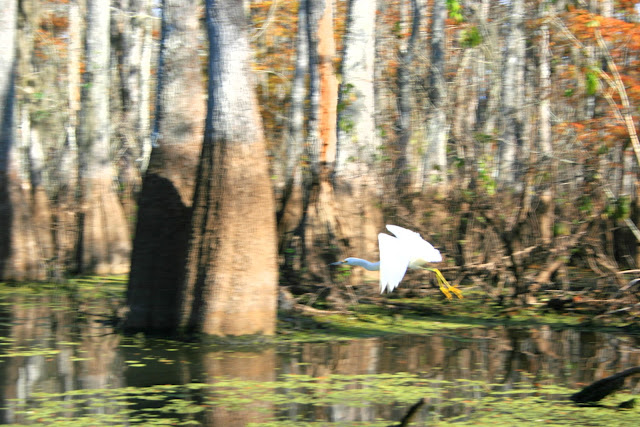 The food was tasty.  I got the etouffe with jalapeño jelly for my appetizer.  The jelly blew my mind a little.  The grits that came with my shrimp entree were great and made me happy.  The bread pudding was well-balanced and nice.  A good meal.  Coop’s was better, and a fraction of the cost.

After dinner we flailed around a bit planning the next day.  Then I finished off some work I still had to do.  John fell asleep, and was utterly conked by the time I finished.  But it was still early, the room had no balcony, and I was not ready to spend the whole night cooped up in the hotel room.  So I went for a walk, no particular goal in mind other than to kill time and see something cool.  (The rest of the text for the entry is copied from a google+ post I made that night, so if you already read that, just look at the pictures.) 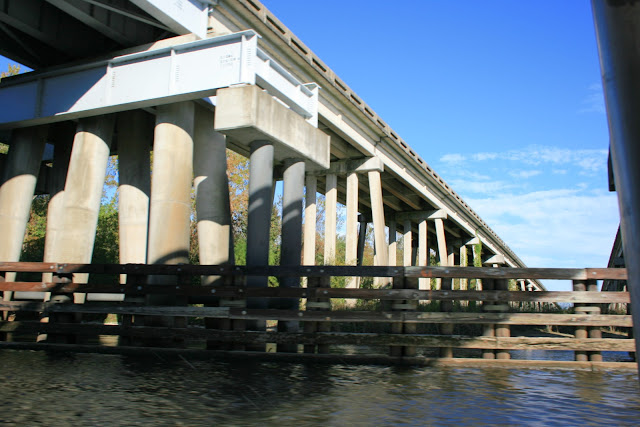 I wound up at a late night gallery opening. “This artist is the modern Toulouse Latrek. Even the French say so and they’re kind of snobby.”

I can see what he means. The paintings are vibrant and lively. I didn’t get pictures of the best ones because they probably didn’t want me taking pictures at all.

The artist, as it happens, was visiting from his home in Paris. “Where are you from?” he asked me.

“Richmond, Virginia.” It’s as true as anywhere else I could answer, and it feels like the better response. 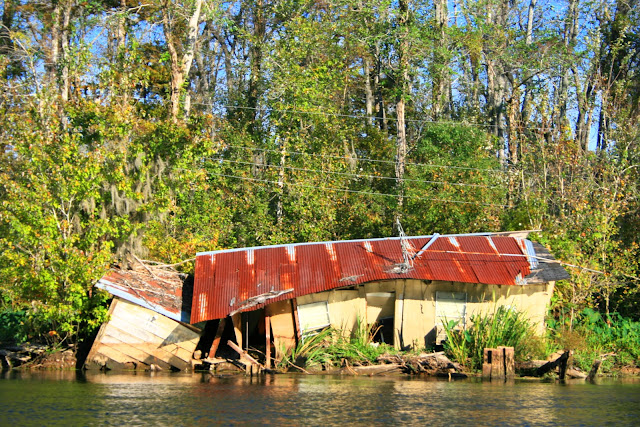 The gallery owner jumps in to explain, apparently aware of how a Virginian might take offense. (I didn’t. It’s hard to be offensive by screwing up geography with a French accent.) But his explanation faltered when he tried to explain why there were two Virginias. He looked to me for help. 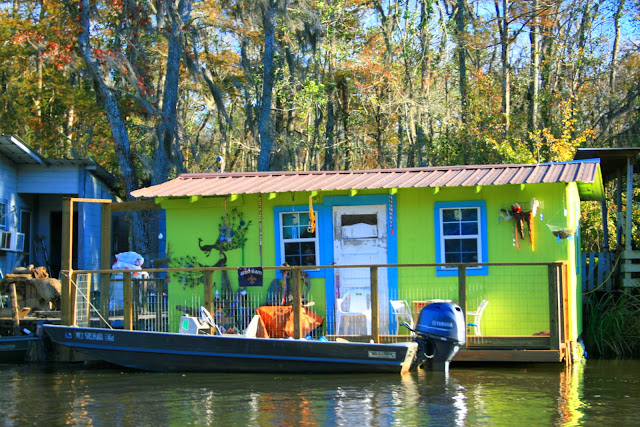 And that’s how I came to spend a portion of my evening two blocks away from Bourbon street, in the French Quarter of New Orleans, talking about regional secession during the Civil War, legal fictions like state death, and how pleasant it is to go somewhere just because it’s there and you can.