The World’s Most Pretentious Rice Pudding

It’s August, which means we’re in the Mousses, Souffles and Custards chapter.  My grandparents are visiting, which means doing anything too weird will be politely eaten, but not particularly enjoyed.  So when it was time to break out something tasty, I went for something I know they like because I’ve made it for them before: rice pudding.

Except, of course, The Professional Pastry Chef doesn’t want to do just any rice pudding.  This one is called Riz l’Impératrice, which I take to be French for, “Giant pain in the ass.”  It’s possible that’s a loose translation.

The first step was to make a Melba sauce.  This was really where most of my frustration with the recipe stems from.  It starts off simple enough.  Take a ton of raspberries and puree them with some red currant jelly.  (My jelly collection after cooking with this book is becoming truly frightening.  I should make more biscuits)

That was easy.  Is the next part that caused all the trouble.  Melba sauce is apparently too good for seeds, so you need to strain the pulp to get the juice out but no of the insufficiently Imperial bits.  We want four cups of juice.  No problem!  I’ll just pour the puree into a straining set over my four cup measuring glass. 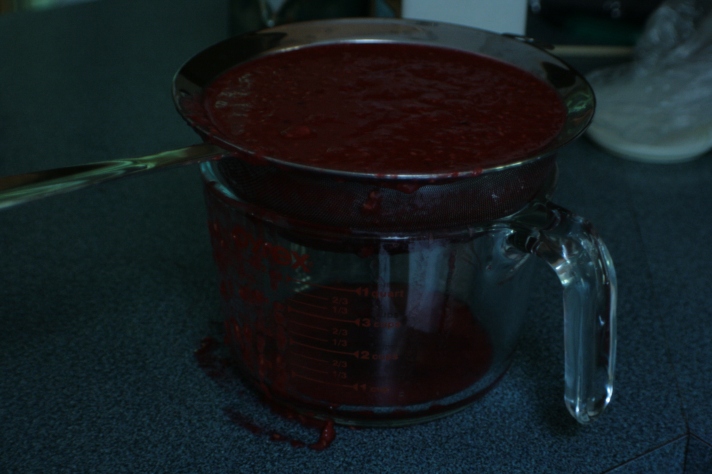 Yeah, it wasn’t going through the sieve.  At all.  Even with stirring.  Vigorously.  Threats, insults, imprecations, pleading, bribes, and offers of sacrifice were equally useless.  “I’d never work this hard just to make dessert,” Nannie says as she watches me from the dining room.  No sane person would.

I wound up demonstrating my fantastic acrobatic skills to Nannie, climbing onto counters to get to a spare sifter we keep in the very back of the very top of a cabinet.  I mean, I could have gone all the way downstairs for the step stool, but where’s the fun in that?

After more time than I care to admit going to work with the sifter, I had two cups of raspberry juice and a ton of raspberry goo.  There was definitely more juice to be gotten but you know what?  My hands hurt.  And I’d already been at this long enough that everybody was going to be in bed before the puddings were ready.  Also, the kitchen looked like it had lost a gruesome battle with a Barbie doll.  Embarrassing.

I added enough water to get four cups of juice, mixed in some corn starch, and set the sauce to boil.  I took the downtime to turn the leftover raspberry goo into sorbet because, hey, I promised the grandparents dessert and by golly, they were getting something.

That was basically it for the sauce.  Some of it got mixed with some gelatin to go in the bottom of the pudding ramekins, and then put into the fridge to set up. 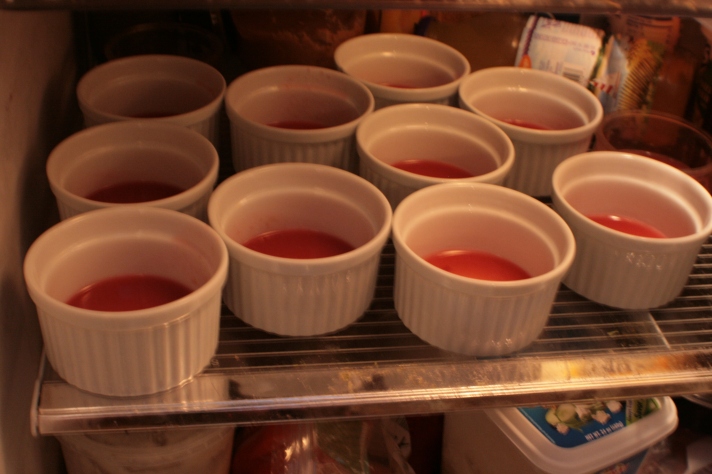 The recipe claimed it made enough for 16 4oz puddings.  I only have 12 4oz ramekins.  But, knowing this cookbook I figured it had either massively underestimated how much it made, or massively over estimated it.  The portion of gelatinized Melba sauce indicated an underestimation, since I barely had enough for the 12 ramekins. 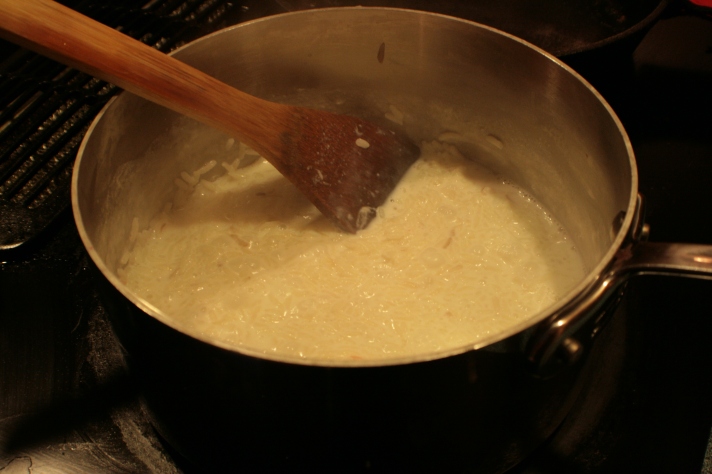 Cook some rice in milk.  This is where I started to suspect something was up because this was about a quarter the amount of rice I usually use for rice pudding, and this cookbook usually makes way, way more than what I’m used to.  But I carried on, like you do when you’re in an abusive relationship with your cookbook. 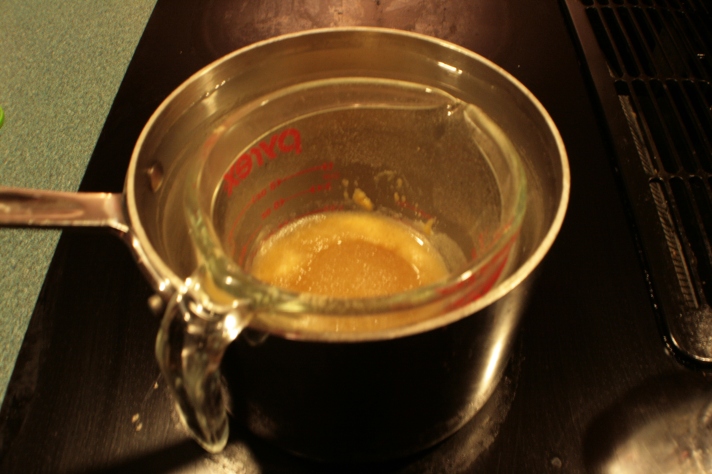 Normally for rice pudding, I’m used to cooking the rice with some milk and cream, then throwing in a bit of vanilla and some raisins and calling it yummy.  This recipe had me whip up some boiling corn syrup and egg yolks, and then some cream.  Then mix those into the rice.  There was about four times as much cream and egg yolks as rice.  Maybe Riz l’Impératrice is French for “too good to actually be rice pudding.” 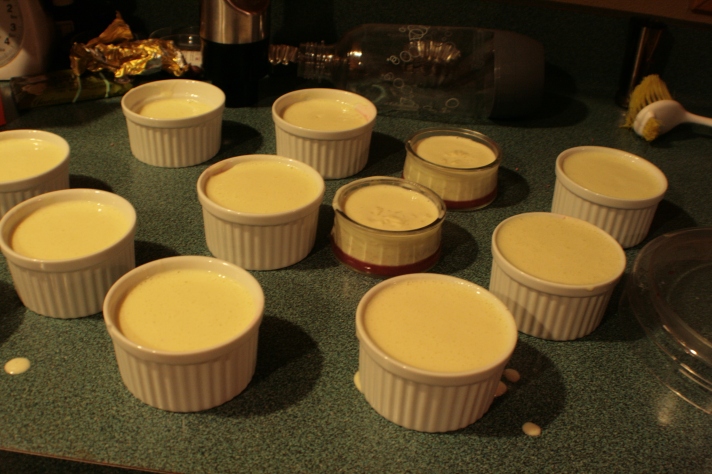 I had just barely enough to fill twelve ramekins.  They were all a touch overfilled, but not enough that I’d have had any hope of filling a full sixteen.

Two hours in the fridge and then it’s time to see what all that work was for.  Nannie was long since in bed.  Pappa is who I blame for my night owlery, so he was still awake and ready to eat the promised rice pudding. 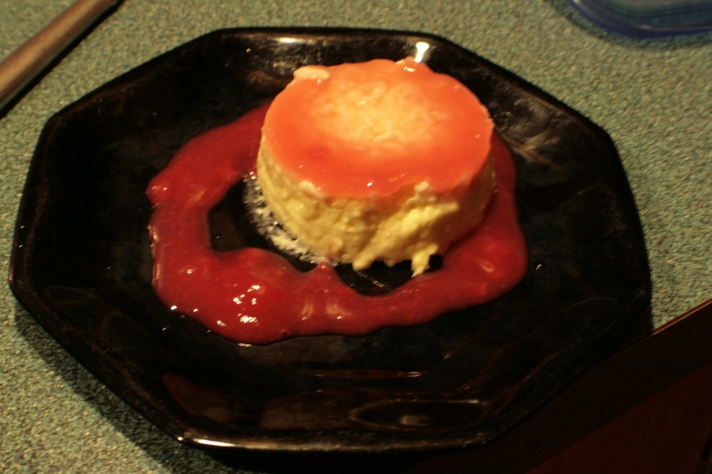 The Melba sauce was super tasty, and I’d be all over doing that again.  I’m not convinced it wouldn’t be just as tasty chock full of seeds, and that would make it easy enough to be worth doing as a regular thing.  The rice pudding itself…er…I really wish it would make up its mind and either be rice pudding, or be a custard.  It was rather boring as it was.

I’ve got a Gingered Caramel custard and a Liquer souffle earmarked as the other recipes for this month.  Let’s see how those go.