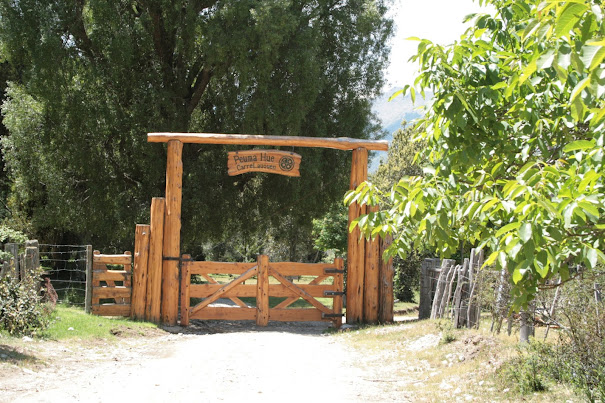 There’s a tradition in Argentina where people go on vacation to Estancias.  You can do this for an afternoon or as an overnight stay for a few nights or longer, depending on your budget and the Estancia.  Depending on which Estancia you go to, this is basically a cross between farm tourism and renting space in a European castle.  This was the part of the trip that excited John the most, and agonizing over which of dozens of good Estancias scattered around the country we would go to was the thorniest part of the trip planning.  Ultimately I settled a Peuma Hue, which is just outside Bariloche, for a combination of reasons centered around the review of their food. 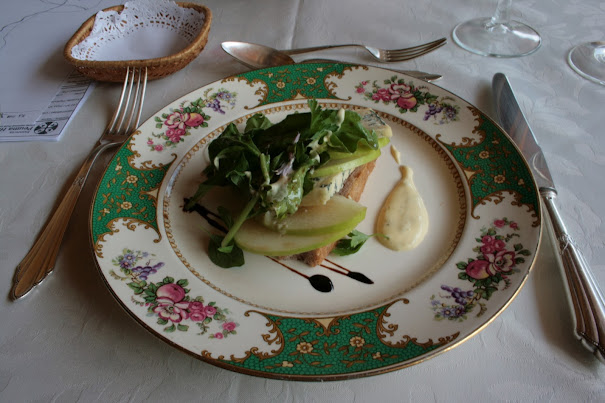 I didn’t take pictures of all of the food.  This is representative.  Of the appetizer.  At lunch.  I’d go back to this place just to keep eating.  Or possibly to propose marriage to their cook.  (Interesting trivia that is of course no way related, same sex marriage is legal in Argentina.) 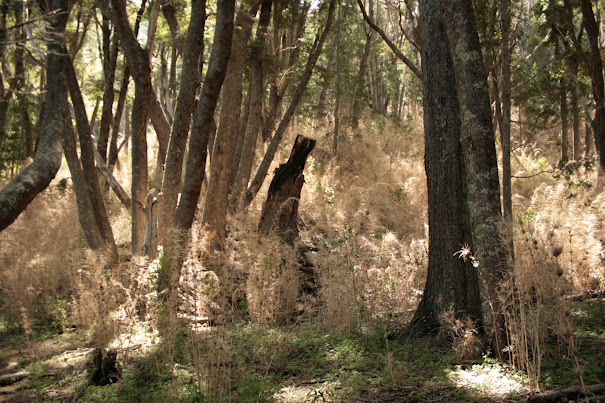 The grounds are utterly, fantastically gorgeous.  They’re right on a lake, with woods covering nearby mountains that one can go traipsing on to one’s hikerly heart’s content.  Our first afternoon we took a boat out to a peninsula for what was described as a 1.5hr hike back.  John was mostly feeling better, but I was concerned about over taxing him, so we decided that sounded like the perfect way to kill the 5 hours until dinner.  We just needed to take this windy little path that went along the base of the mountain, with maybe a stop to check out a cave. 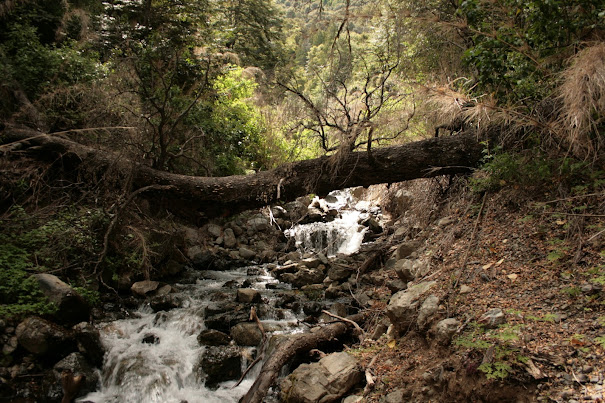 “Hey, John?  How stubborn am I?” I ask as I start scaling a big rock well off our path.

I get half way up, see an easy path the rest of the way up, and then look back at the route I’ve taken so far.  “And how stupid am I?”

“You’re far enough away that I feel safe saying you are sometimes very stupid.”

Getting all the way to the top from there is going to be easy.  In fact, I’m taking pictures and clinging to the rock with my ankles and knees because I am a badass.  But I have no idea how, once I reach the top, I’ll get down without breaking, at a minimum, my camera.

I jumped down without going the rest of the way up.  After all, I’d promised to translate for John and the trip wasn’t quite half over yet. 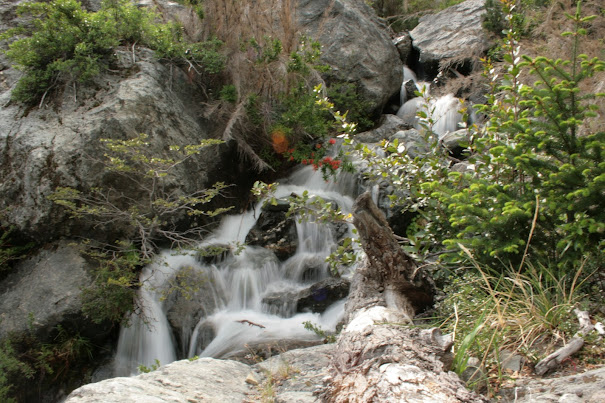 “Why is everything here gorgeous?” John asked.

“You told me to take you to pretty places.”

“There are too many pictures to take.”

“I’m sorry, what was that?  My view senses were tingling.” 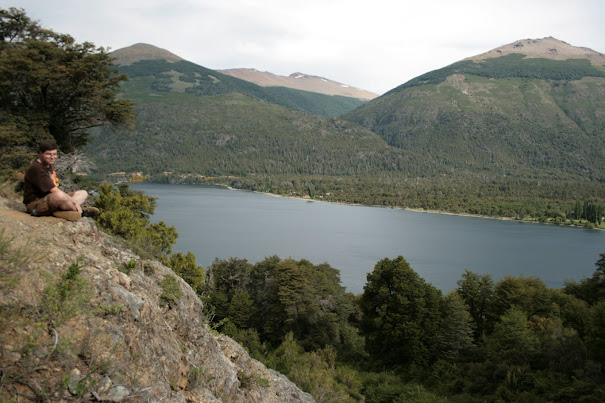 “I think I have to update my definition of view.  I thought that overlook back there was a view, but now I realize, this is a view and that was nothing.”

“Yeah.  But, uhm, I think we’re higher up than we’re supposed to be.  And I know we’re taking our time, but the Estancia is really far away, and it’s been 1.5 hours already.”

“Me too.  But I don’t want to miss dinner.  Dinner is very important.  It has food.” 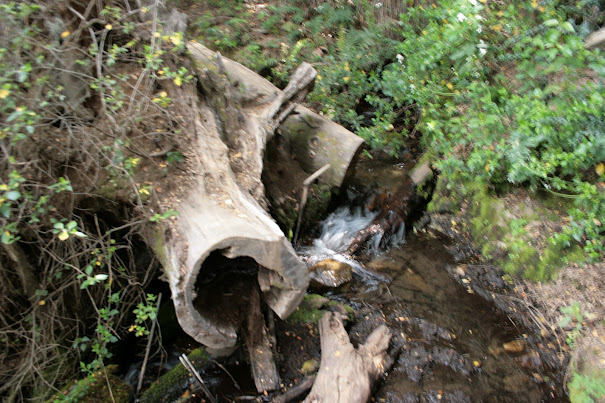 The trail we wanted to be on was supposed to be marked by yellow and orange ribbons.  The trail was blazed well enough we didn’t really need them, they just served as a nice reassurance that we were doing things right.

“John, why is that ribbon red?”

“I’m not bringing your body through customs.  Even if I’m the one who killed you.” 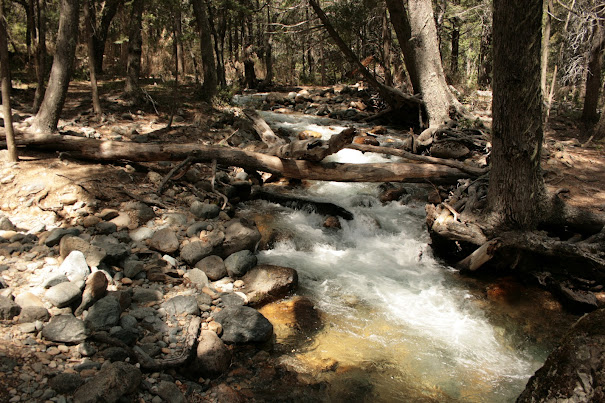 “Oh, you have to see this,” John says when the trail finally looks like it’s about to start going down, instead of up.  After we’ve encountered wooden walkways that end abruptly after going off a cliff.

“Please don’t murder any more Spanish by trying to read the signs out loud.  I’m hot.”

We’d come up behind it, so I had to go down the path and turn around to read it. 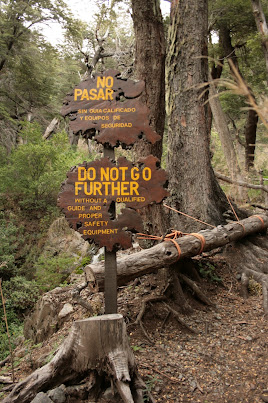 I have no idea how we managed that.

Evelyn, the lady who runs/owns the Estancia, is a genuine sweetheart.  One afternoon John and I were finishing up lunch with some other guests when she came to check in and see how our mornings went.  The other guests shared their story of coming back from a walk to encounter some of the farm dogs chomping down on a pair of goslings, much to the distress of the parents.

“Oh, dear.  That’s so sad.  I know it’s circle of life and all, but they were so cute.  It was just two?  So the parents didn’t lose everybody, at least.” 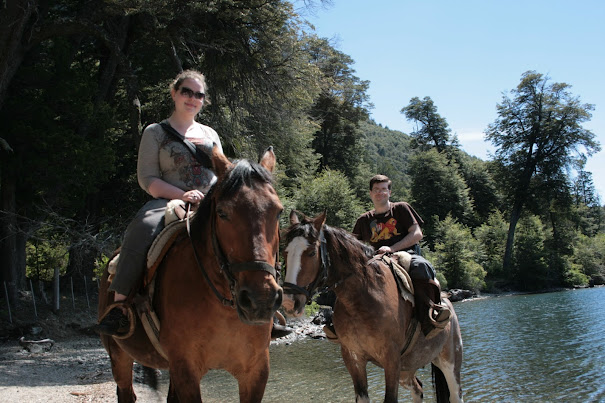 Her sympathy for the goslings was particularly memorable given her commentary when, on the way to the airport, she had to stop while a trio of dogs took their time crossing the road.  There was a bit of canine lounging involved in the crossing, even as she honked at them.  “Those are the first stupid dogs we’ve seen in Argentina,” John and I commented. 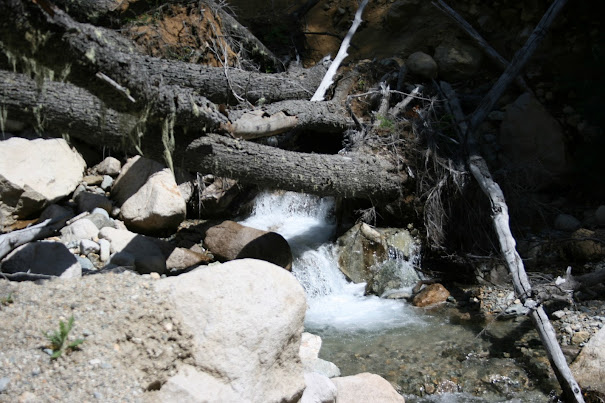 We had a functioning wood burning fire place in our room, and put it to use.  They had the most stable internet connection of the entire trip.  They had a colt who absolutely adored John, especially his shoes.  It followed us for one of our horse rides, affectionately stalking John.  I may have not been so supportive of John’s distress, what with the uncontrolled snickering. 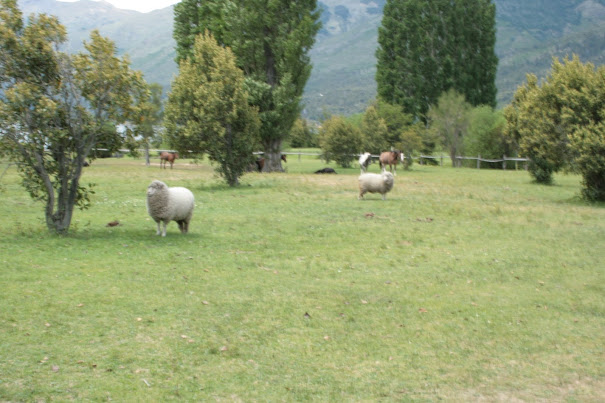 It should also be noted that, at least if I’m alone in the back of a two-person kayak, I am the world’s most ineffective kayaker.  I got stuck on everything, and half the time I still don’t know what it was that jammed me up.

They’ve got a hot tub.  A wood fired hot tub.  A wood fired hot tub next to a babbling brook.  Under a tree.  Where, if you soak in it after dinner you get a fantastic view of the stars coming out while the sun sets below the mountains, and the breeze is pleasantly cool even while it shakes the blooming tree overhead.  (More unrelated trivia, Argentina does not allow marriage to objects or locations.  Prudes.) 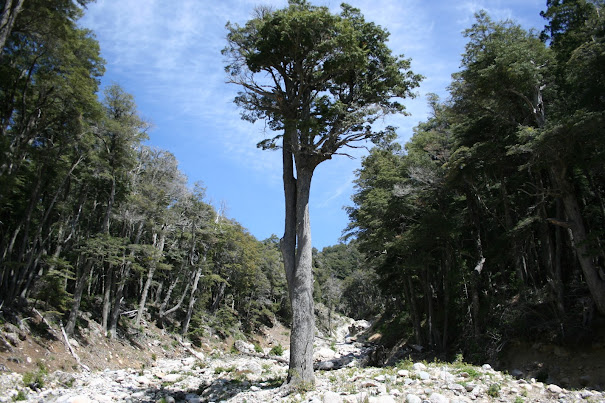 This was easily my favorite part of the trip, despite the high nature quotient and the absence of dense city awesomeness.  This opinion is not at all colored by the crass, unsubtle bribery they used to secure our favor. Namely: kittens. 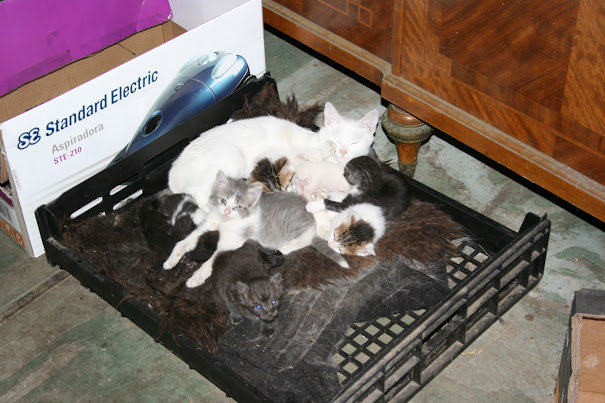