From Bariloche we hopped a plane down to El Calafate.  May I take a moment to recommend the airline security practices in use in Argentina?  For a country with a history of Dictators and secret police, it was, shall we say, rather more civil and respectful than what we get in the land of the free. 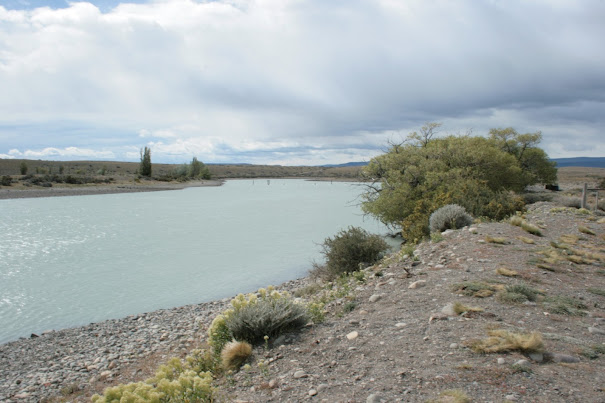 I’d also like to suggest that you don’t stay in the Hotel Posada Los Alamos while you’re in Calfate.  It was the only hotel, the entire stay, we did not like. We were pretty hardcore in our dislike.  We showed up to check in half an hour after check in started.  “Your room isn’t ready quite yet.  It’ll just be five minutes.  Have a seat,” they say.  So we sit down.

Mind, we’re in Calafate pretty much entirely to go see the glacier.  I gave us two nights just in case something went wrong with getting there, or the tours our first day were all booked or something like that.  There are other interesting things around to do, too, but it’s all about the glacier.  And we couldn’t book ahead of time, so I want to get on reserving spots ASAP. 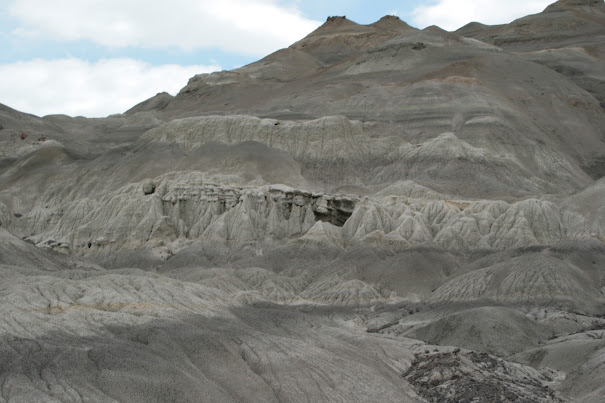 Forty minutes later I’m about to chew all the way through my fingernails because we could have gone and booked the tour already, but we don’t have our room yet.  We’re still waiting in the lobby.  Longest. Five minutes. Ever.

Finally, our room ready, the porter leads us to a room down the hall and around the corner.  It’s big, has a very nice sitting area, a gorgeous view of the courtyard, and one bed. “Er,” says I.  Then, in Spanish, “We need two beds.”

“Yes.  I made the reservation for a room with two twin beds.” 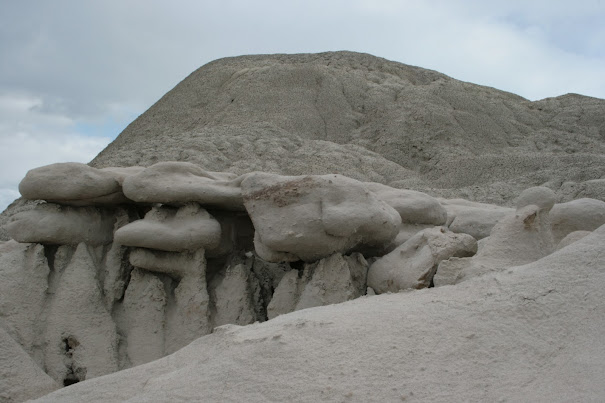 Twenty minutes later the porter comes back.  We go to another room.  This one’s on the third floor.  It’s tiny.  No sitting area, small windows that barely close, and a view of…a street guarded by a very noisy three legged dog.

You can’t make this shit up. 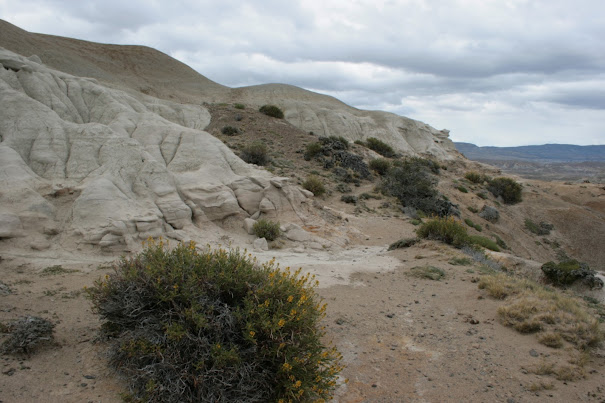 We dropped our stuff then went to explore the sights and wonders of Calafate, and get us some scheduled glacier time.

There are no sights and wonders to Calafate.  It’s a soulless tourist town with one main drag of competent restaurants and stores hawking kitsch surrounded by unpaved streets with depressing, tiny houses and no cats.  Lots of dogs.  No cats.  The town is unnatural. 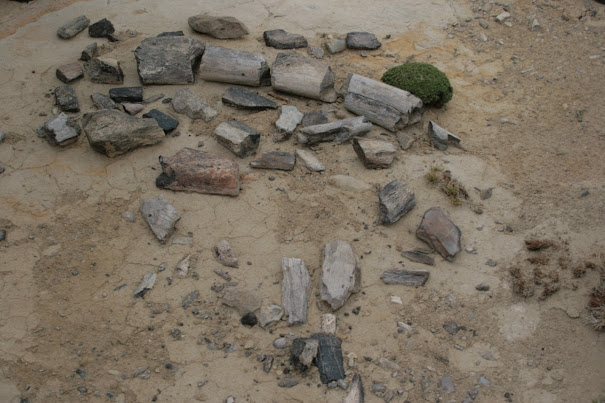 Glacier tours for the next day were booked.  So we booked a tour to the petrified forest for the next day.  This was one of those “Glad I read the guide books” things, because the tour booking offices didn’t seem particularly enthused about pitching or talking about it, in English or Spanish.  We wound up booking both days of tours from a fairly adorable girl who looked panicked every time you asked her a question.  I started by asking if we could talk in English, for John’s benefit, and she was so, so relieved when I switched back to Spanish for her the first time she got confused.

You know how I was sure I’d stop feeling smug and proud of being competent after the first week?  Apparently I massively underestimated my capacity for self-congratulation. 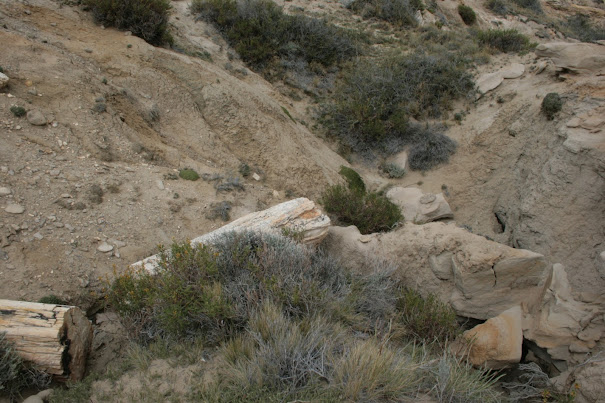 Calafate was actually where I had the most trouble with the language.  In Bariloche and Buenos Aires I’d occasionally run across somebody who’d speak and it just would not register as parseable language, but it was rare.  It was happening all the time in Calafate.  And then at dinner the waitress, who I’d been guessing my way through conversation with (she could understand me, at least) asked, “Para shayvar?” about our leftovers.

“They’re doing their double-el’s funny.  It’s an accent thing.  That’s what’s going on with the people I can’t understand.”

“You’re not understanding?  It seems to be working fine.”

Apparently since John can’t understand when I’m saying, “I’m sorry, I have no idea what you’re trying to tell me,” he didn’t notice my intense angst over constant communication fail.  This was probably for the best. 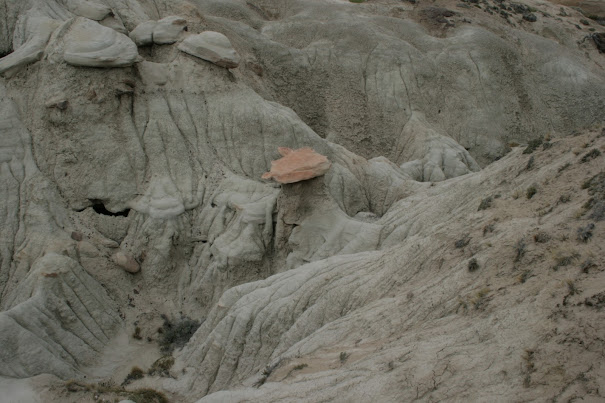 The petrified forest was gorgeous, cold, and totally worth the trip.  Our tour guide was hilarious – “I’m a professional bullshitter.  If you ask me a question and I don’t know the answer, don’t worry, I’ll make one up for you.  Don’t say anything if you catch me lying, okay?”

“What’s the name of that plan?” I asked, still frustrated at how hard it is to find out the names of Patagonian flora. 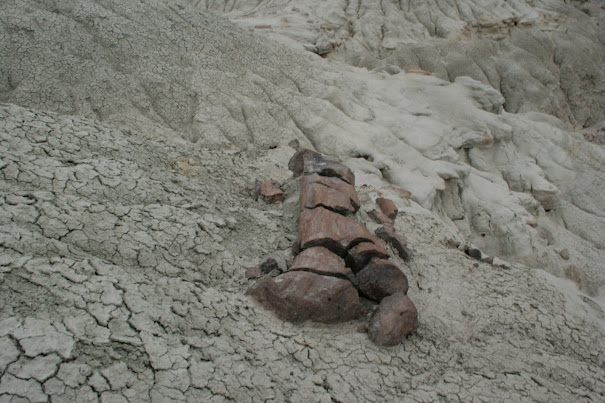 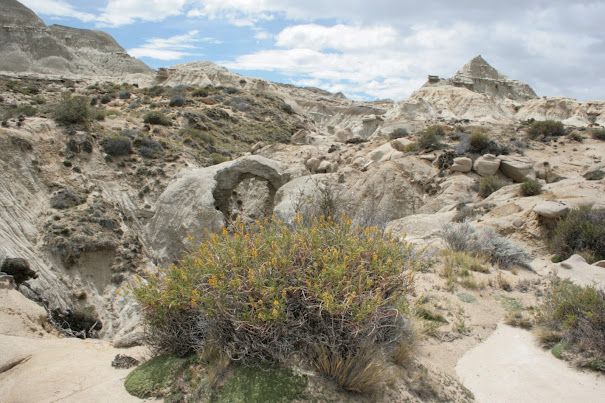 The wind was bitterly cold and blew constantly.  The air temperature was low, too.  John and I were chilled pretty thoroughly by the time we got back to our fantastic hotel.  But hey, the spa has not one, not two, but three Jacuzzis!  So we grab our swim suits and head over there.

Remember how much I loved the hot tub at Peuma Hue?  Of course nobody was going to have something on that scale of awesome.  I didn’t require a babbling brook and clear starscape.

Hot water would have been nice, though.  Or, you know, something warmer than chilly.

We went back to the room.  I took a bath, just as sleet started falling. 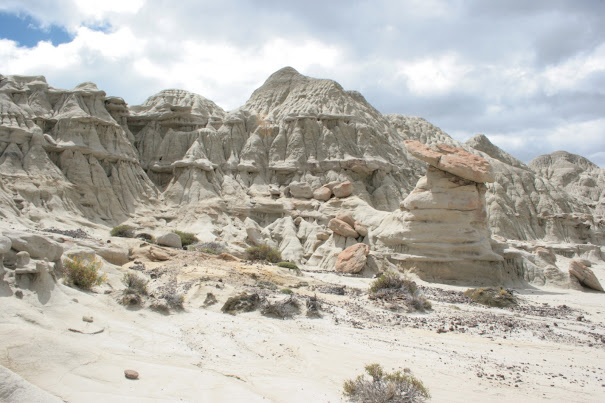 I’ve been soaking for about twenty minutes, cruising through back issues of magazines I’m behind on, when I hear something akin to maniacal laughter from John.

“I’ll show you when you get out,” John says.

I emerge after acrobatically maneuvering through a shower that shifts from frigid to scalding in rapid succession.  I settle down onto my bed, ready indulge in more reading, when I remember John’s uncharacteristic cackle.  “Show me the thing,” I say.

John points to the rafters at the ceiling.  “The roof leaks.” 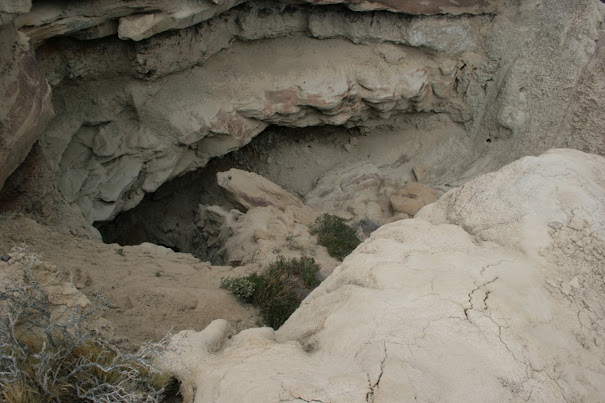