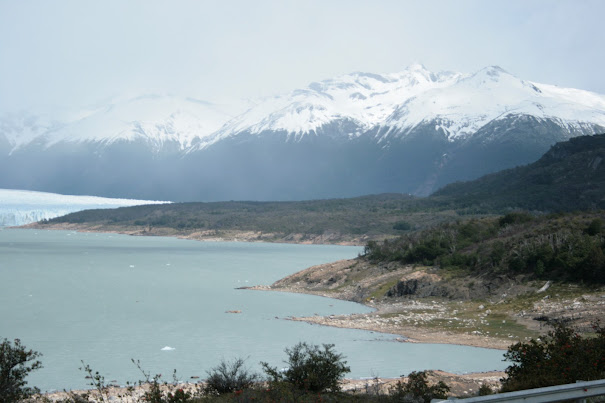 We were in Calafate and we had a mission: See a glacier.  Our hotel sucked, John didn’t have a coat, and research on the internet indicated that I couldn’t blame Chile for my troubles understanding the locals. This was going to be a big day. 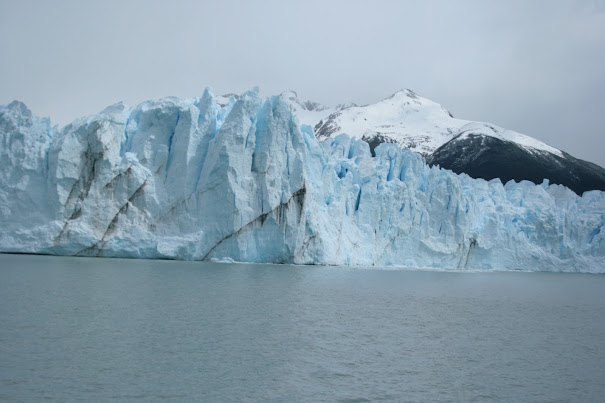 Let me just get one thing out there right here at the beginning: That glacier is gorgeous.  We did a tour that took us near it by boat, then dropped us off at the park full of boardwalk-style walking paths overlooking the water leading up to it.  This was awesome.  There were English-speaking guides on the boat, but the tour guide for the rest of it mostly only spoke Spanish.  She was a sweetheart, though, and kept coming to check on us and make sure I’d gotten all the important information, like “Be back at the bus by 3:30.” 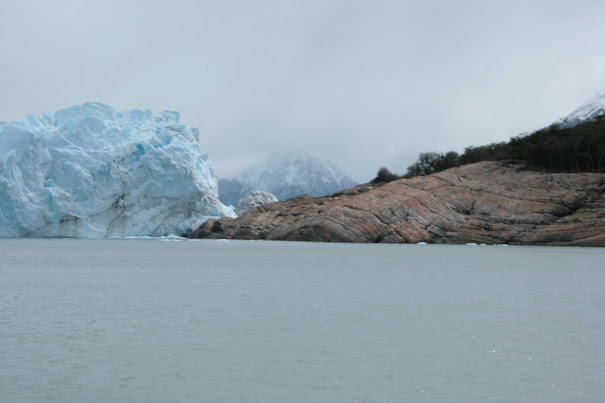 Argentina really seems to take care of their national parks.  This one was surprisingly handicap accessible for an area that is functionally built onto a cliff face.  They had an elevator to get you from the top overlook level down to the main loop.  Ever since Disney World blew my mind by having a water park that was completely handicap accessible, I pay attention to these things.  Mad props to people cool enough to build an outdoor elevator.  For any reason, really. 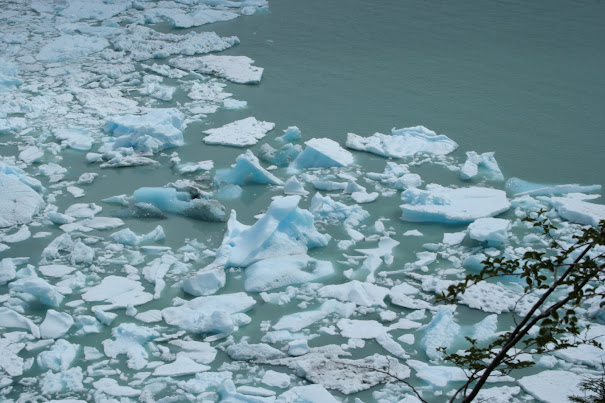 That said, John and I were super clever and took the path full of stairs. We went down.  And down.  And more down.  It’s not our fault.  We kept saying we’d turn back at the next landing, but then there was this phenomenal angle we just had to catch, and it’s only one more landing after all… 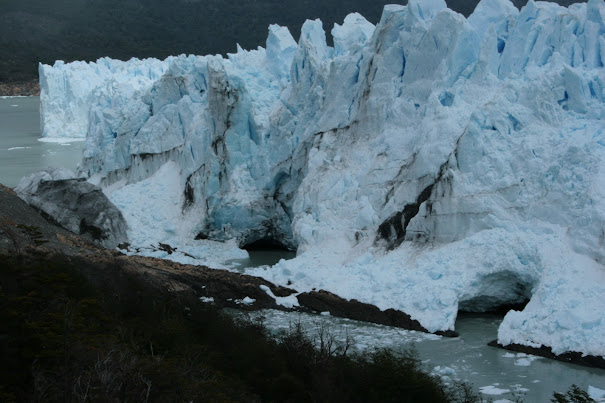 I found the caves and overhangs at the edge of the glacier really neat.  One of them had this fantastic coloring, and I was spinning ideas in my brain as we walked, thinking about how one might build a floating shelter under and overhang like that, what would prompt somebody to do such a thing, how awesome it would be.  I started to tell John about some of these ideas was we were going around a bend with some trees.  And then we hear a big crack.  There’d been several of those – ice was breaking off the glacier and splashing down below all the time – but this one was bigger, and went on longer. 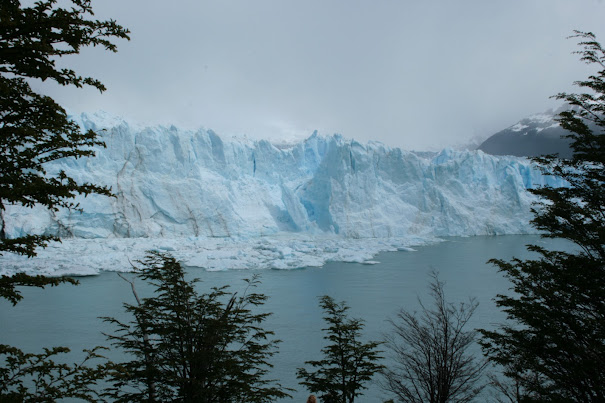 We didn’t make it around the bend for me to catch the whole thing on camera, but I still got a pretty impressive ice falling sequence.  See that tilting pillar at the middle of the frame? 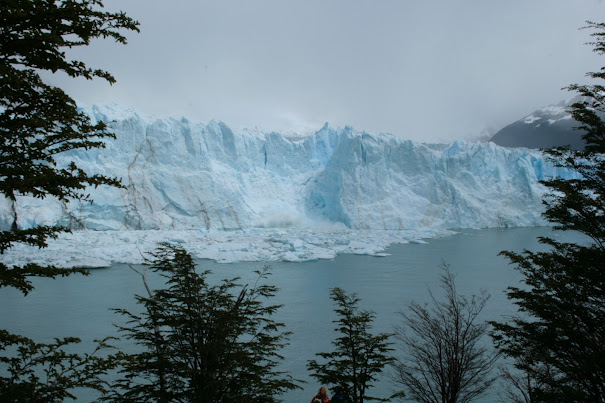 See the splash where that tilty pillar used to be?  Yeah, this was my super cool overhang, where I was mentally building floating shelters, shearing off the face of the glacier and falling into the water.  No more overhang.  “Don’t talk about it, it will break off and sink!” became one of the tag lines for the vacation. 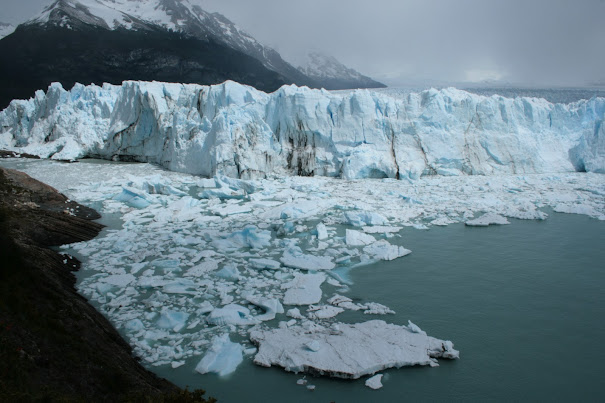 You know what, though?  It would still be really cool to build a shelter under one of those overhangs.  Not a good idea, but really cool.