On How Unqualified I am for Being an Aunt

The concept was simple.  I am not my ne-creature*’s only aunt, but I am determined to be his favorite aunt.  Actually, I’m determined to be his favorite adult relative, if not his favorite adult.  I need somebody I can rely on to gently kill me in my sleep when I get old and frail, and this kid is it.  You’ve got to start on that sort of relationship early, and since the other aunts are local while I’m about as far away as I can get without leaving the contiguous 48, I have to make everything count.  Naturally, this made my choice of baby shower gift complicated.  I want something that my sister will appreciate getting and which will improve her life with baby, but which will also be loved by the kid and cherished enough to be remembered when he’s old enough to have awareness of emotional attachments.  Being the person to give the “blankie” or “teddy” object would be ideal.  But there’s no way to predict which of the blanket and stuffed animal gifts given to the kid will get the position as prime-favorite, and the locals will be better able to observe interests and target those positions more accurately.  I need a lingering adored object where there’s no competition.  I need to give the crib mobile.

This should be simple, right?  I thought so.  My first two thoughts for themes were dinosaurs and pirates.  And since I wanted to make sure my ne-creature had a mobile none of the other parasitic progeny-devices in his cohort had, I started my search on Etsy.  Very quickly I was overwhelmed by my options.  I am not the only person who thinks pirates and dinosaurs make great mobiles.  Tragically, only a subset of those people have a concept of “gender-neutral” so a number of the mobiles were out for being targeted to boys.  This needs to be a multi-use mobile, to increase the opportunities for, “Yeah, isn’t that awesome? Your super cool Aunt gave that to you,” when/if my sister decides to go in for a repeat performance.

We’re all familiar with the concept of analysis paralysis, right?  Look it up if you aren’t.  I don’t usually find myself suffering crippling bouts of it outside of board games, but the mobile decision was so weighty, so important, so very vital to the success of my existence, that I was burdened by an unspeakably massive case of it.  I couldn’t even decide between my two original concepts, pirates or dinosaurs, let alone pick a specific iteration.  Then, insight!  None of the dinosaur mobiles had accurate depictions of dinosaurs.  We’ve known for years now that the visual renderings popular when I was a kid are wrong (feathers!) but the images in the mobiles didn’t reflect that.  I am not willing to win affection and adoration from the next generation on the backs of inaccurate biology training.  Dinosaurs are out, pirates win!

Relieved, I then proceeded to narrow down the pirate mobile options, settling on a custom version of this one. 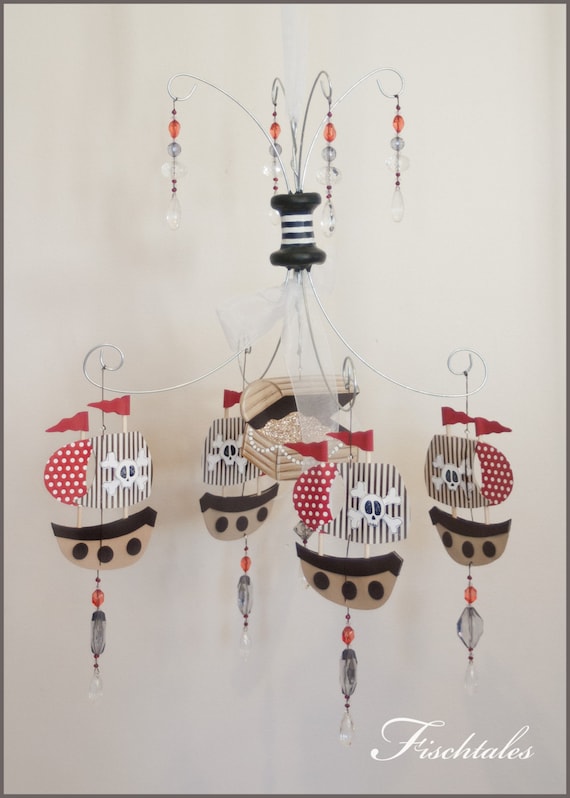 I just needed to check on the colors my sister was using in the nursery so I could select card stock that would coordinate well and then….

Houston, we have an incompetent.

You can’t give a baby a dangling art object made of paper!  Who the hell put me in charge of this item?  Oh. Right. That’d be me.  Go me.

It’s early July.  I’m in North Carolina with my entire family and Dr. Unicorn.  We’re discussing my sister’s status of “distressingly pregnant.”  I share my plot to be the favorite aunt and my burgeoning anxiety about her baby shower present created by this plot.  An unrelated conversation tangent reveals that there’s disagreement in her household about whether they should get a new deep fryer to replace one they had but which broke beyond repair.  “He says we don’t need one because we have a dutch oven, but it splatters grease everywhere and is hard to clean up,” she tells me.  “Maybe I should just get you a deep fryer for the shower,” I say.

<Back to current timeline>

I have, after an embarrassing amount of time spent mobile shopping, just now come to the realization that I should be looking for baby mobiles, not generic mobiles the likes of which might be delicate, fragile, or full of small parts ready to choke individuals with poorly developed motor control and optimistic expectations of their digestive tract.  Etsy’s not so useful for this, so I turn to Amazon.  There aren’t great hits for pirate mobiles there.  I start searching more broadly.  There are some cool star and planets ones.  Not really baby proof, though.  After a while I get fed up because while Amazon has a lot of mobiles, they’re all tacky, clunky, or cheap.  At one point I emerged from my office, shaking my fist with righteous indignation and declared, “I can’t give any of these to my ne-creature!  They all look like they’re designed for children.”  However much disgust you’re picturing in my inflection on children, ramp it up another notch.  Nope, one more notch over that.  There you go.

Then I listened to what I said.  I went back to one of the mobiles with stars.  I can’t tell whether or not it’s made of paper, but it’s so much classier than everything else, maybe I should just get it.

Exhaustion and shame at how hard this very simple task has been convince me that yes, this is what I should do.  I just need to pick out a color scheme.  I am, astonishingly, clever enough to realize that I can find out what the color scheme is by checking the registry to see what colors the things she registered for are.

What do I see on the registry, even though she’d said she didn’t plan to register for a mobile and I’d said, “Good, don’t, I’m getting it for you,” when we were talking things over?  A mobile.  A really boring, drab, clearly made for babies, mobile.  The sight of this mobile made me sad, and not just because if I’d started with this step I could have saved myself hours of idiotic internet shopping.  Nobody is going to think I’m cool or awesome or worth risking homicide charges for over this mobile.  But I’ve committed to a mobile, and this is the one my sister wants.  I am not going to be the person who decides I know what she wants better than she does.  I order the boring mobile.  I am sad about this, but there’s time.  I start plotting baby’s best Christmas present as a recovery.

Several days later, in phone conversation with my sister, she says something like, “I know you don’t like children, but it’s nice you’re being supportive of me and stuff.”  When my hysterical laughter dies down, I come clean about the rabbit hole I fell down while shopping, in part because the same is weighing heavily on me, and in part because it took me so long to get through she might not even have the mobile in time for the shower.

“Oh,” she says when I get to the bit about her being registered for a mobile.  “I forgot you’d told me not to register.  We didn’t actually want that mobile, it’s just the one that was made to go with the other bedding.  The one we want was too expensive to register for.”

I am alert.  I am attentive.  I am, dare I say it, hopeful?  But she won’t tell me which one they did want, because it’s too expensive.  “But show me the neat ones you were thinking about,” she says, since I had waxed at length about some of the cool mobiles I’d found.  I showed her inaccurate dinosaur mobiles, and the neat bird mobile that I could order with specific song birds, and the cool chandelier pirate mobile.  “Wait a minute,” she says.  “Those are expensive.  If you’re willing to spend that much, you can get me the mobile we want.”

YES DARLING SISTER, BUT WHICH ONE IS THAT?! 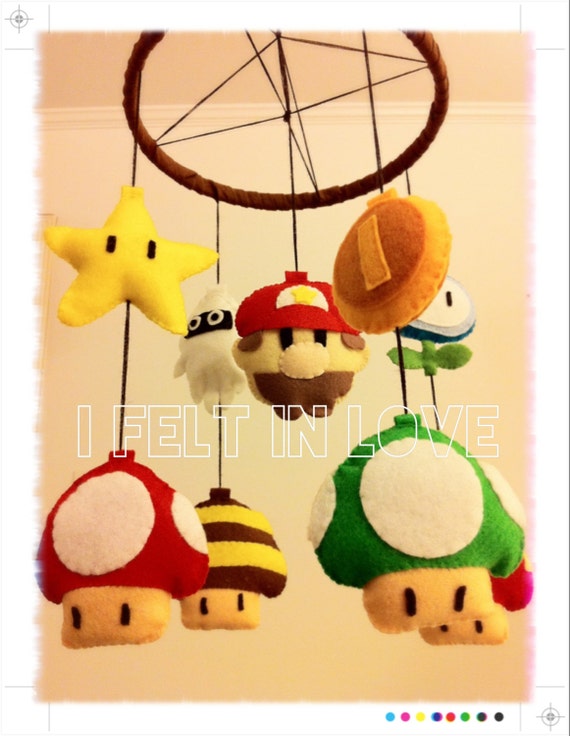 Baby shower came.  I was there.  I ran the logistics and made some of the food.  The mobile wasn’t, but anybody who gave something meant to dangle over the baby’s head got a death glare and threats of violence from me.  This included my 93 year old grandmother who’s never threatened anything other than a garden snake in her life.  I’m pretty sure I continued my running streak of accidentally slighting my sister’s sisters-in-law. I kept the list of who gave what to facilitate ease of gift card giving.

“I half expected the mobile thing was a ruse, and I was getting a deep fryer,” my sister said when it was all over.

I’d actually meant to do that, too, but between the analysis paralysis, remodeling a bathroom, and spending a week in Seattle getting a job and a place to live, it sorta slipped through the cracks.  But now I have a new plan.

You see, being my ne-creature’s favorite adult is super important, but it’s marginally less important than being my sister’s favorite person.  I mean, if I can’t Stockholm Syndrome somebody into adoring me when I had fifteen of their most impressionable years to work with, what kind of manipulative evil person am I?  My reputation is on the line.  So I wait, somewhat patiently, as her due date comes and goes and her first kid is showing all possible signs of turning out like his maternal Aunt, i.e. three weeks late and belligerent.  (Who was a C-section after 36 hours of labor? That’d be me!)  I start pointing out that if she crosses her legs and holds her breath, we can have a Halloween baby.  She points out that “We’re” not having anything, and they’re going to induce on the 21st.

And then I spend a day obsessing over harassing her via text because she’s in labor and I’d really like reports every five minutes of, “I’m still alive and fine,” but I know that’s unreasonable so instead I try to make an actual conversation and not come off as an obsessive paranoid person.  Followed by a day of not pointing out that while everybody keeps talking about how healthy the newborn baby is, how much he weighs, how long he is, etc. etc., and this is definitely a situation where saying nothing implies there’s nothing to say, nobody has actually said that my sister’s fine and healthy and not bleeding out or dying of infection or soaked in a morass of postpartum depression.  As soon as I hear that mom and baby have clear bills of health and will be going home from the hospital, I betake myself to the internet and enact Operation Supportive Sister.

“I just found an interesting package on my doorstep,” says a text message I receive from my sister.  “You wouldn’t know anything about it, would you?”

Mmmm, deep fried baby.  It was hard, to give up on my dreams of having a young relative who will do right by me in my future decrepitude, but my sister’s happiness is just more important.  Also, if I had that much trouble making decisions about gifts before he was even born, I don’t want to think about what Christmases and birthdays will do to me.

And I can attest that my brother-in-law knows his way around a deep fryer.

That is one tasty baby.

*The official term for niece/nephew, coined by me before then-Erasmus had genitalia. Also note, Erasmus was the name of the ne-creature in fetal form. He’s got a new name now.  Future fetuses will also be Erasmus.