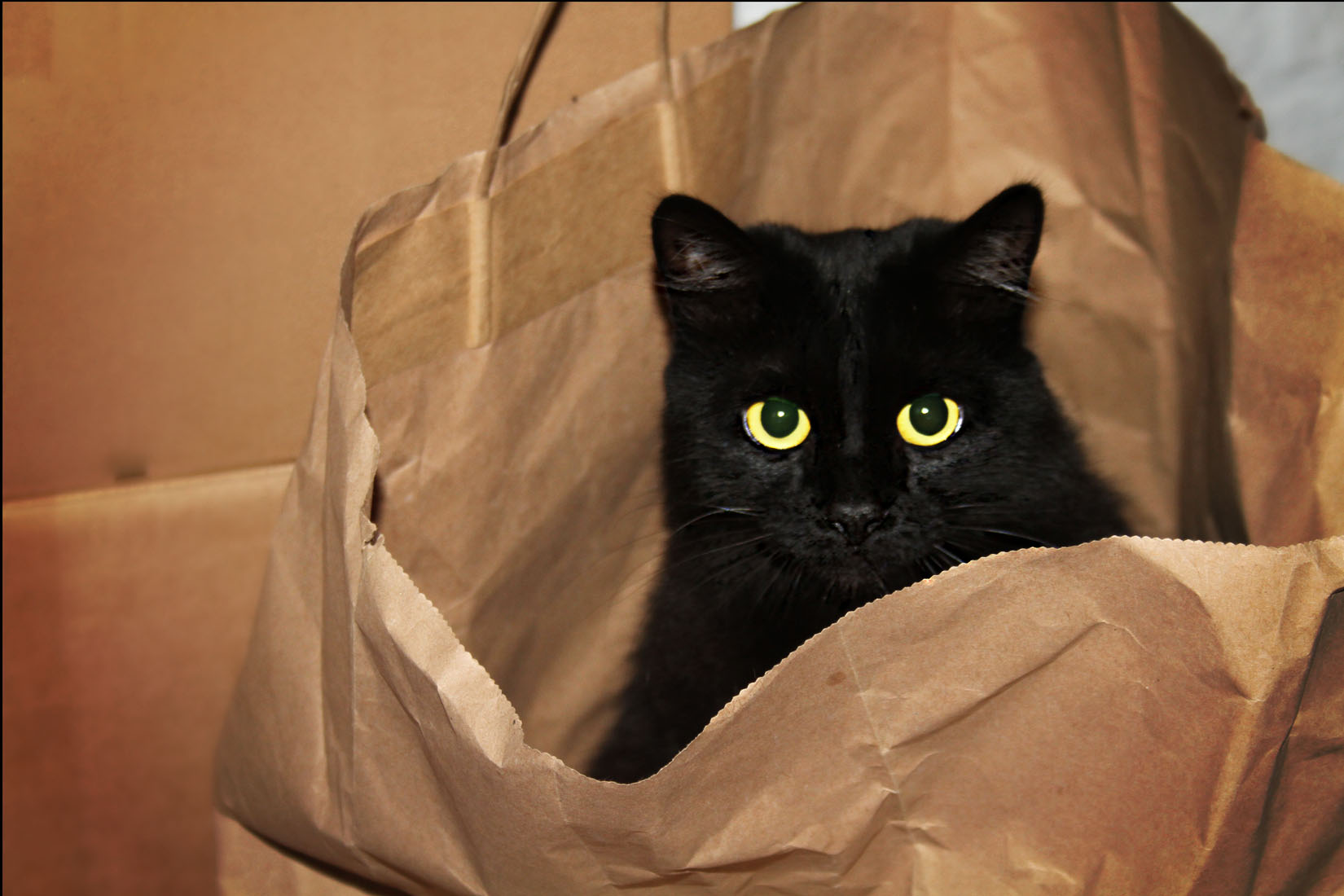 This month we’re crucible-ing (crucifying?) Naomi Krtizer’s Cat Pictures Please.  Despite my personal hatred of joy, humor, and all things comedy, I’m actually a pretty big fan of Kritzer’s because she consistently makes me laugh out loud.  (I nearly died from listening to one of her stories while biking. I would have died laughing, though, so it would have been okay.)  I could have grabbed any number of her stories for the Crucible and had fun with it, but I opted for the recent one.  Also, it let me put a cat picture on the post, and we all know that’s good for your internet karma.

I tried starting with those. I felt a little odd about looking at the religious ones, because I know I wasn’t created by a god or by evolution, but by a team of computer programmers in the labs of a large corporation in Mountain View, California.

I’m starting here instead of the first line precisely because it isn’t the first line.  It isn’t even in the first paragraph.  It’s near the beginning, sure, but it’s not the lead, and you get four sentences before we toss in, oh by the way, our narrator is an AI.  You probably didn’t notice this as you were reading because it is very near the beginning, but pause here a moment.  Buh-wuh?  The fifty plus words that come before the reveal would be a substantial chunk of a flash fiction piece, here you are, completely clueless about the nature of your narrator.  What kind of shenanigans is Kritzer pulling here? Who does that?

Actually, there aren’t any shenanigans at all, which is why you (probably) didn’t notice anything about it until I started having a rhetorical freak out.  Because the AI in this story isn’t really an AI, it’s a human made out of computer bits.  That’s what enables the story, but it’s not the central issue of it.  The thing the story is concerned with is the ethical dilemma, so that’s what we need to start with.

The human-ness of the narrator is a major key to why the story works.  It keeps everything familiar enough to the audience to be relatable, and the crux of the story requires it.  If the alleged AI weren’t hitting the same traps and pitfalls as people do all the time, this would be a phenomenally creepy story about an alien intelligence manipulating the lives of hapless, unsuspecting victims.  Instead…

Stacy worried about her health a lot and yet never seemed to actually go to a doctor, which was unfortunate because the doctor might have noticed her depression.

Instead, the AI runs into the same problems anybody who’s had a friend living a sub-optimal life does; they won’t take the hint, follow advice, or do the few easy things required to improve their circumstances.  If you weren’t already endeared to our narrator for their (totally understandable and appropriate) adoration of cat pictures, this probably makes them familiar enough that you’re right there with them.

Where the humanizing and the frustration with how hard it is to help people really takes off, though, is with Bethany, and here’s the magic sentence that ties it all together:

That was it, just those eight words.

There’s so much disdain for the friend wrapped up in that very short line.  Here you have a sincere protectiveness over Bethany clearly asserted, judgment of the best friend, but also a quasi address to the reader.  The narrator doesn’t say outright what the implications of an eight word email are, implying that the narrator assumes you, the reader, agree with them.  The audience and the narrator are on the same page, because they’re basically the same sorts of people with the same problems and concerns and needs, even if you’ve got a body and the narrator has access to all your personal data.

And it’s that tension between the human-ness of the narrator and the fact that they don’t have a body that allows the ending to have the delightful little snap it does.

You’ll need a camera, though.

Because payment is in cat pictures.

I’m willing to bet you know somebody who’s willing to do quite a lot to have some quirky interest fulfilled.  I mean, you sorta know me and the things I’ll do for good tea are rather absurd.  This is riffing off of that, but it’s also in the context of the line before it, where we’re reminded that this very human narrator is actually a machine intelligence.  Sure, it’s hella creepy that this creature thinks it knows everything about you and wants to manipulate your life into something it thinks is better, but come on, kitties!  The narrative voice basically comes across to me as a precocious ten-year-old girl who is terribly annoyed at everybody else’s sub-optimality.

That’s the success of this story, I think.  The way the information is delivered and presented is done so thoroughly non-threateningly that we completely buy in to the scenario, to the point that the dating site probably sounds like a good idea.  That’s terribly neat.

Next month: …And I Show You How Deep The Rabbit Hole Goes by Scott Alexander – Published at Slate Star Codex on June 2, 2015