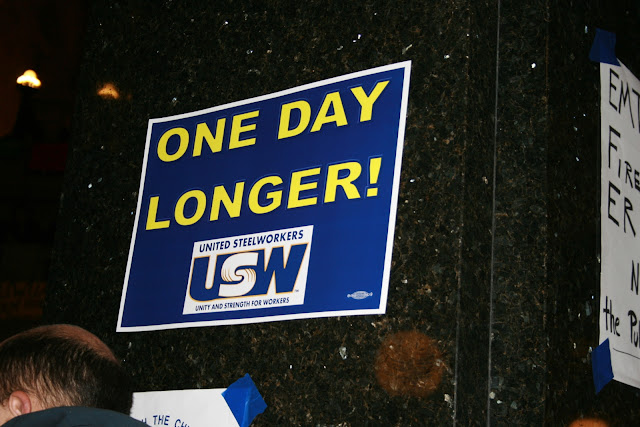 Monday’s weather sucked.  The temperature hovered right around freezing and it rained.  The roads were slushy, the sidewalks were gross and treacherous, and for some reason a lot of people thought that thaw we had meant spring had come early.  This is Wisconsin.  We’ll get around to spring when it gets around to being May.

Updates from Monday can be found here.  (Second ever publication credit!  Maybe I should make a hobby out of this writing stuff thing)

I don’t have much by way of rambling reflection from Monday.  The concert was boring.  I spent more time wondering why the protest music for my generation doesn’t exist.  But, there are two pictures from Monday I want to draw special attention to. 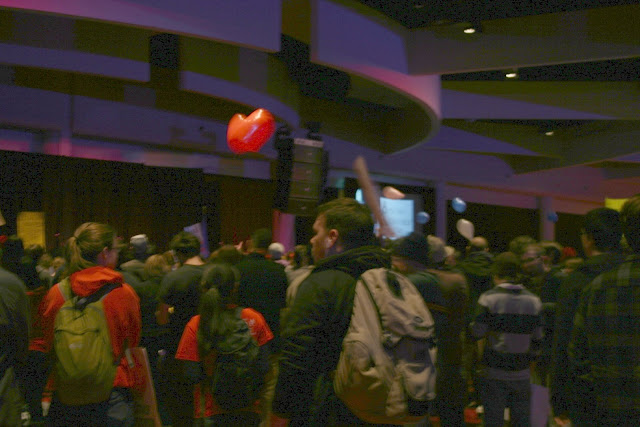 Hearts have been ubiquitous throughout the protest.  One of the mass-produced signs has a heart on it.  This whole shebang got going on Valentine’s day.  They’re red, and I’ve already talked about local associations with that color.  The image of the heart bouncing above the crowd with a smattering of balloons struck me.  I didn’t, despite ten minutes of trying, get a good picture of it.  The one above is the best, and I had to do some post-production on it to correct the lighting.  There was something a little surreal, and a touch poignant about the scene.  I’m sorry I didn’t manage to capture it. 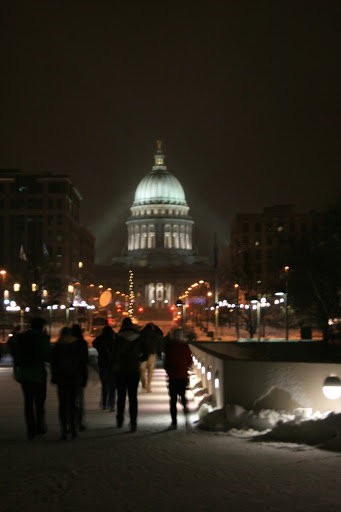 The Capitol, on the other hand, I nailed.  You can’t see it in this picture, but there’s  a gold statute of a lady on the top.  She’s wearing a badger.  On her head.  That’s how they roll, here. 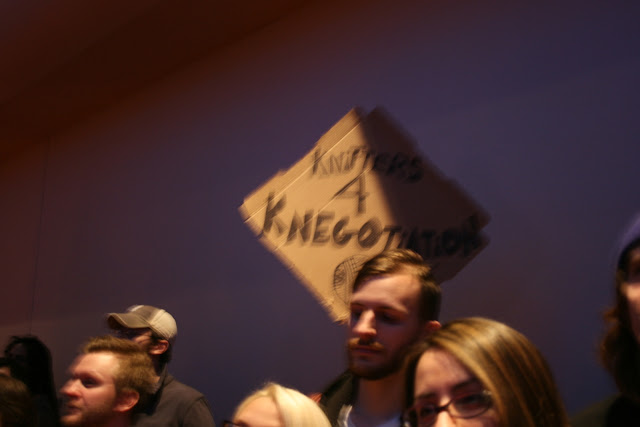 That sign says, “Knitters 4 Knegotiations.”  I have a theory, and it’s that the story of Wisconsin’s pro-labor history only captures half the equation.  Wisconsin is a state with a culture of hobbies.  People engage in every sport you can imagine, from football to cross-country skiing, they craft, they garden, they go out drinking.  I worked with a guy who would blow his vacation time on going up north to hunt with his dad.  People here self-identify based on what they do with their free time.  It’s important.  They can do that because  they have the time to develop those hobbies.  And since they have hobbies, they’ll keep their perspective about how much of their lives should go to work.