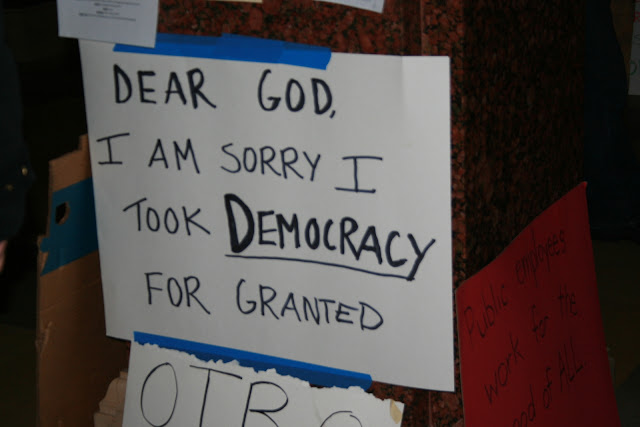 That was the theme for Wednesday, as far as I could tell.  Once every hour or so they broke out into the Star Spangled Banner.  The signs were more informative, more likely to be full of text with political screeds, or excerpts from articles.  There were more posters directing people on where to send links to video testimonials and pictures.  Tuesday already felt like it took a great leap toward hefty organization.  Wednesday  was trucking along. 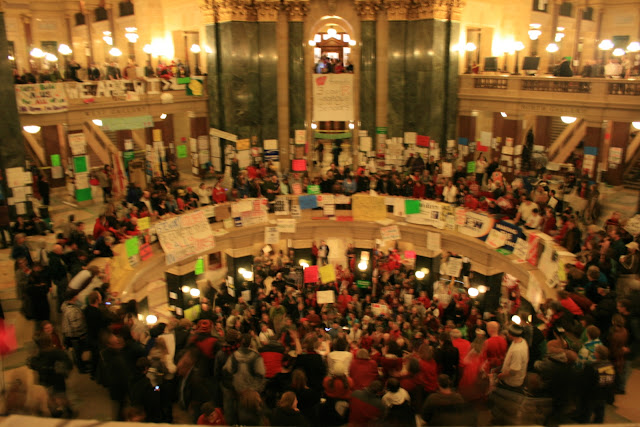 Also new were signs noting at the doors to the Capitol close at 11pm.  That’s actually really useful information.  I’d already tried getting in at 2am earlier this week to find the doors locked.  It’s unlikely that I’m the only person who thought a 2am delivery of fresh baked cookies would be appreciated. 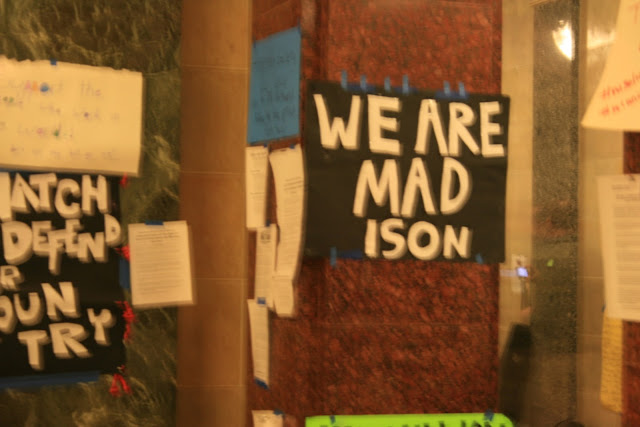 It was the first time I noticed signs announcing events that were whole days in the future.  Teachers are spending the night in the Capitol on Thursday and Friday night.  I’m shanghaiing everybody I know to play boardgames and spend Friday night with them.  What can I say?  When it comes to teachers sticking up for themselves, I have a history of being a giant softie.  Also, I’m completely obsessed with this movement. 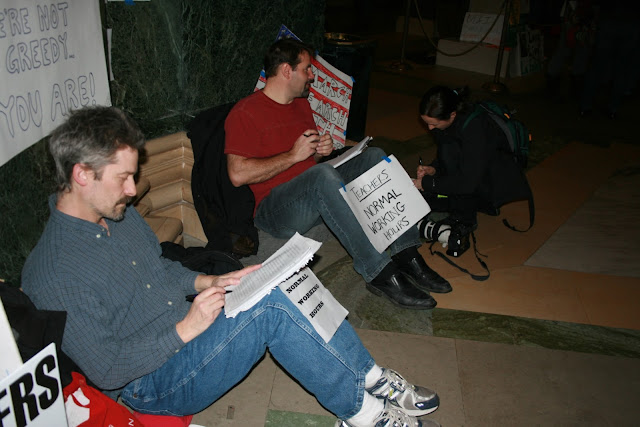 Final note: If you needed proof that we’re living in the future, it is here.  Wednesday night featured a guy marching around the rotunda, his Kindle proudly scrolling through his protest slogans.  Yeah, that’s how Madison rolls.